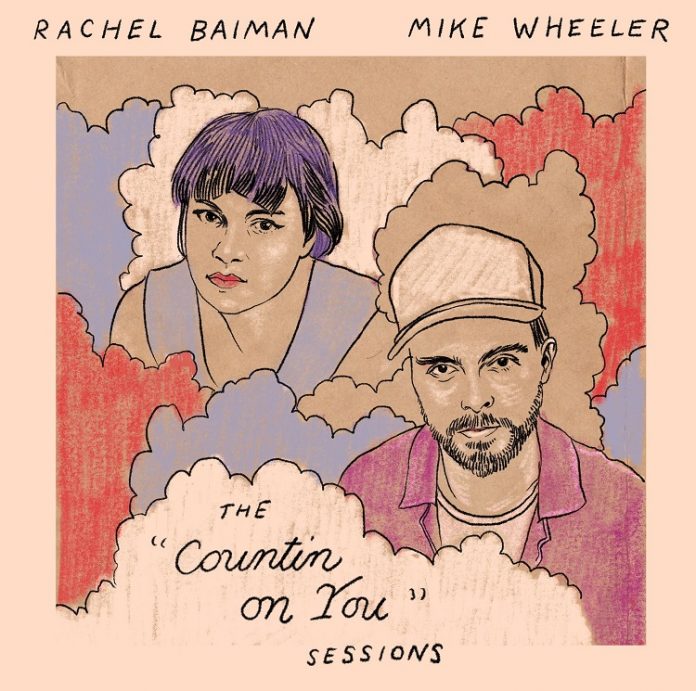 As Yoko Ono pointed out, “time is a concept that humans created” and that seems to be ever more the case, these days. I was talking to someone the other day about something that happened at the beginning of March, but seems like a lifetime back. It’s a strange feeling, for very strange times.

We will endure of course. Because we always have. a theme that is important here too.

The three songs that make up the “Countin’ On You” sessions aren’t where this review is going to start. Rather, we begin with “Wrong Way Round”, a quite brilliant song that Rachel Baiman released back on International Women’s Day. In March, about the struggles of her Grandmother.

Just Baiman and her guitar. It is fragile, yet powerful. And the raw emotion with which it was delivered, makes it a thing of stoic beauty. That was enough for me to plan to go and see her in May on the UK tour she was planning.

Plans, eh? Something we used to make.

All of which means that “….Sessions” had moved itself up from the “maybe” pile, to the “highly anticipated” one. And it absolutely doesn’t let anybody down.

It’s a special record too. For one thing Baiman (who I must give bonus points for living right by the Cumberland River – a literal Dan Baird song title!) had used Wheeler’s “Counting On You” as the first dance at her wedding, and they’d come up with a few more ideas together and, as Wheeler – the kind of road dog Troubadour of yore – was about to hit the road, they decided to record something.

The title track is wonderful. Wheeler’s voice, Baiman’s harmonies, the evocative lyrics matched by the evocative violin (she’s played fiddle for the likes of Kasey Musgraves). “Turn It Off” (next line: “turn it all off please, I paid the price for tuning in today”) balances its upbeat music with the downbeat confusion of the lyrics. It is more of a duet, perhaps, but it is classic sounding Americana.

The third one is probably the best. And somehow in keeping with the pair. Baiman was raised by a “radical economist and a social worker” and went to the Humanist Church. As she puts it herself quite brilliantly: “If I wanted to rebel against my parents I could have become a finance banker or a corporate lawyer”. It’s fair to say there are not many artists who do this type of music that share that background. Which is why she writes songs like “Until You Came Along”, about a Cowboy that is struggling with his sexuality: “Now he’s standing there, not a woman at all, strong as an ox, handsome and tall”. It is not only a superbly original song, it is beautifully played.

Only 10 minutes or so long, “The Counting On You Sessions” is one of the most interesting EP’s around. Hopefully in time (if such a thing exists at all) their worlds will align again.