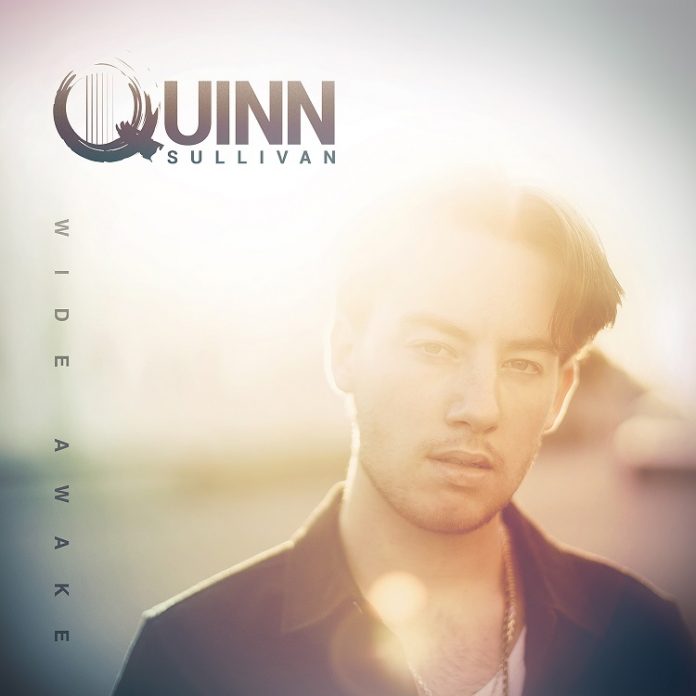 There’s a couple of things with this album. First: “I’ve always considered myself a songwriter,” said Quinn Sullivan in the build up to his fourth record. “On the last few records, it just wasn’t something I was doing all the time. I was focused on other things, like my guitar playing and developing my vocals, both of which I continue to do.”

Then there’s this:  Wide awake was recorded in Los Angeles with producer/collaborator Oliver Leiber – who has worked with artists such as Ke$ha, Adam Lambert, Paula Abdul, The Corrs and more.

Back in 2017 I reviewed his “Midnight Highway” album. He was just 17 years old and that was his third record. The cast on it was basically a Joe Bonamassa band and the producer was a Buddy Guy luminary (Guy was something of a mentor to Sullivan).

You can chart the differences between that one and “Wide Awake” in those paragraphs too, and even if you can’t then listen to the laid back vibe of “All Around The World” – the opener here – and you’ll get it. Classy, but a lot more AOR than you might have imagined, and basically, anywhere you dip on this album, you’ll find something with a greater maturity.

But he’s 21 and he’s talented, so you best believe he wants to get laid. A lot. And largely like most 21 year olds he writes about what he knows. “She’s So Irresistible” recalls the likes of Lenny Kravitz to me, and there’s a much greater funk at play than there’s been before.

A soul too, as “How Many Tears” underlines neatly, but make no mistake, whatever he does on this record, it feels like a bit of a step up. “In A World Without You” is the type of thing that King King usually make their own, while the overt pop music of “She’s Gone (And She Ain’t Coming Back)” screams massive hit in the Billboard Charts. It is not ashamed of it either.

It is worth stressing too, that the guitar playing on these is first rate and Sullivan has still got the lot, he is just channelling it in a different way, and his singing has improved too, whether that’s on his falsetto for “Baby Please”, or in the oddly 80s arena rock sounding “Real Thing” (the damn thing is built on its chorus and piano lick) it represents a leap forward.

“You’re The One” continues the vibe with no problem at all. And gets a bonus point for mentioning Springsteen in the lyrics, and it’s interesting too, perhaps, the title track is one of the few that is rooted in a more strident riff, as if to exemplify that the album could have been a full on rocker.

A tremendously consistent record rather than one of peaks and troughs, nonetheless, the Prince-esque “Strawberry Rain” – which merrily segues into an Oasis chorus – is the arguable standout, and the tender acoustics of “Jessica” will appeal to anyone who grew up with “To Be With You” by Mr. Big, while the last one “Keep It Up” appears ready to revive the power ballad single handed, and the outro solo is magnificent. As if Sullivan is saying, “I can switch whenever I want to, chaps!”

In that respect, it’s best to file this album as a bit like a Kenny Wayne Shepherd one, or a Laurence Jones, like them it seems he wants more, and like them, this is not the album of some “blues prodigy”. This is the album of a fully-fledged artist. “Wide Awake” is Quinn Sullivan opening his eyes and ears to all kinds of new things, and whilst it’s a work in progress, it is also a career high (so far).