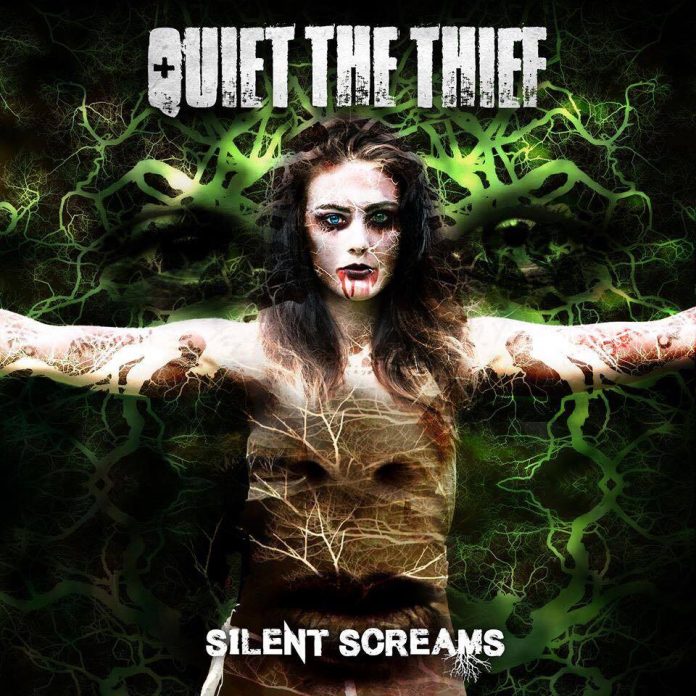 The best thing to come out of Stoke since Oatcakes…..

“Quiet the Thief intend wholeheartedly to keep on going, doing what they do whilst growing older disgracefully”– not our words but one’s from the band themselves. But surely there’s no better maxim to live by when you get to, shall we say, a certain age.

QTT have already proved that “doing what they do” makes them pretty formidable. Their debut EP was superb, and a cut above many – no make that nearly all – of the self-released things we get in the MV inbox. Now back with a full-length affair, they have more than lived up to that promise.

The 11 songs here are meaty, testosterone fuelled biker rock on the surface but they are also so very much more besides. Opener “Numb” doesn’t just borrow a line from Stone Temple Pilots but carry on in their great tradition too, indeed there is every reason to suggest that Scott Weiland had been raised in The Potteries eating his nan’s Lobby (it is a stew for anyone not born in sight of the A500) then they’d have sounded like this.

Quiet The Thief have the kind of Ricky Warwick type gift for writing hooks, great big, enormous swinging hook and mighty choruses. This surely takes some exceptionally hard work, but they make it seem effortless. “Wake Up The Dead” possesses exactly those things, and its far from the only one.

The other thing in their favour is the dirty, grimy guitar sound they can create – imagine Orange Goblin if they explored their hard rock sound – which is really brought home on the quiet/loud dynamic of “Been There”.

The songwriting here is way more ambitious than most too. One listen to the album highlight “Hurricane” confirms that. A quite thrilling piece of work that has echoes of “Rockin’ In The Free World”, it showcases the band in all their glory.

In  fairness, it is only one highlight amongst many.

“Feed The Wolf” is genuinely creepy, their “Sex Type Thing” if you will, “Killswitch” is four and a half minutes of chugging fun, “Fade Away” ushers itself through the door on the back of a mighty riff, and if “Broken” finds more melody then it does so with a clenched fist and the idea that it could really cut loose if it wanted.

That is but one piece of subtlety on the record. There are others. Notably  “Ballad Animal And The Red Rider” which really explores their southern rock side to wonderful affect, and those that loved early Dogs D’Amour will find much to explore here too.

You do feel, though, that their natural habitat is thumping groove laden rock n roll, “Take Me Home” is a wonderful whiskey drenched example of what they can do, as is the last track here, “Slow Running Train” – one of the lead tracks on that debut EP, it still sounds superb here.

That, though, stands as testament to where they’ve been. This record stands as a shining example of where they want to go. It deserves screaming about. Not silently, however, but very loudly indeed.

Previous article
Out Of The Shadows
Next article
Barren Nights