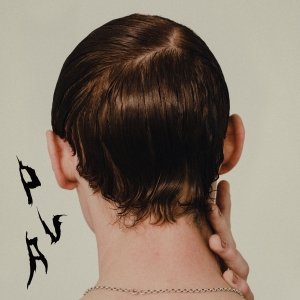 PVA are a genre-hopping London three-piece, blending club music and a pop sensibility with instrumentation of new-wave and post-punk. Ella Harris and Josh Baxter share lead vocals and flit between synths, guitars, and production, whilst Louis Satchell handles live drums, percussion, and sample pads. ‘Toner’ is made up of three new songs (‘Talks’, ‘Sleek Form’ and ‘Exhaust/Surroundings’ and also contains three remixes. Harris adds: “Toner is an EP about how we change, reflecting on times integral to our identities; being created, torn down and then rebuilt. Toner explores how closure and knowledge from past experiences and relationships shape us to move forward. Within this are feelings of being trapped in our bodies and finding the freedom to let go.”

`Talks` opens this extended play and takes inspiration from real relationships and the fictional relationship between John & Abigail Marston (the two main characters in video game Red Dead Redemption). The protagonist finds himself on a quest to save his family, however tensions build as John fails to talk about what he is actually doing, resulting in each family member feeling more and more isolated from each other. Although there`s a constant drum beat that drives the song along it`s quite funky with guitar riffs throughout. Ella and Josh trade vocals that gives the track quite an edgy feel at times. The song has quite a sophisticated feel and captivating groove to it. There`s more of an adoption of club music with the dance oriented `Sleek Form` with a driving drum machine beat and Ella`s almost aloof vocals. I felt there was an almost cosmopolitan Chemical Brothers `Hey Girl, Hey Boy` vibe about this track. The number explores ideas of given and chosen identity and finding new takes on life from acceptance and joy in a new version of yourself.

`Exhaust / Surroundings` is about “the illusions we hold and how we project onto people with ideas of how things should be”, explains Harris. It opens in an almost tense, abstract way with swirling synths before the singers` trade lines as the song builds to a crescendo before easing off and fading out.

The remaining tracks are remixes from Mura Masa, Lynks and Daniel Fox of Dublin’s Girl Band. Alexander Crossan, also known by the stage name Mura Masa, is a Guernsey-born electronic music producer, song writer and multi-instrumentalist. His remix of `Talks` gives the track a real electronic feel and separates Harris and Baxter`s vocals. It has a really hypnotic texture about it.

`Talks` is this time remixed by Londoner Lynks. the alter-ego of producer, performance artist and musician Elliot Brett. This time the vocals are retained but the structure of the piece is almost unrecognisable. It begins with Harris`s almost remote vocals before a quite deeply intense beat pushes it along where there`s almost a dub texture before speeding up and ending quite abruptly.

The final remix is of `Exhaust / Surroundings` undertaken by bass player Daniel Fox of Dublin’s Girl Band. Daniel seems to be evolving into production as I remember he was involved in Dublin band Silverbacks recent debut. At over seven minutes in length we are taken on a journey which for the first half sounds like The Chemical Brothers before it takes a detour and becomes quite mesmerising with a repetitive beat before straying into an uneasy off kilter pitch.

PVA were an outfit that were unknown to me and I have to say I certainly enjoyed all six tracks that make up the ‘Toner’ EP. The songs are entrancing, eclectic and hypnotic with some complex rhythms and an underlying feeling of menace but also oddly sophistication at the same time. I`m sure they`d go down a storm in a live setting.