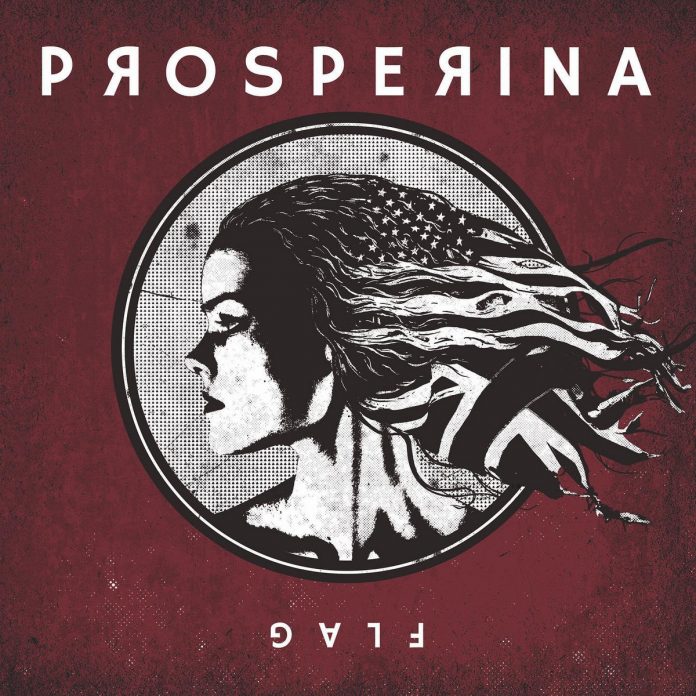 You can talk about Prosperina’s sound until the cows come home. The riffs, the dystopia, the fact that people who say they sound like Soundgarden are wrong, but in the end it all comes down to this.

“If you wanna see a vision of the future, just picture a boot stamping on the human face forever”.

Scroll past this bit if you don’t want to read my political views, but I am writing this the day after Matt Hancock was caught (nearly) with his trousers down. The same bloke that wrote the laws that said my dad couldn’t hug his granddaughter pissing all over the electorate (never mind the fact that at least two women have wanted to shag the evil c**t) All the while, of course, the same Tory filth have a lead in the polls that is unassailable, at the same time as the “opposition” is welcoming the former Tory Speaker to its ranks.

Any wonder we feel disenfranchised: So I say again, “just picture a boot stamping on a human face forever.” A line on the brilliant, no make that phenomenal, “Boot”. Like Sisters Of Mercy playing with Pink Floyd. Music has not and will not get better in 2021.

The even better thing about “Flag” is it was written before the pandemic. It was made in the rugged beauty of West Wales in 2018 before getting caught up in the Pledge Music shambles (don’t get me started on that, one rant in a review is plenty). Just be eternally grateful that is here now, though.

It is utterly glorious from the moment the hypnotic riff to “Deep Never” kicks in.  Gethin Woolcock and Chris Dean weave patterns that are all their own, so much so that whilst you can pick out all the influences you like, it is an entirely original sound.

One though, that brings on the “involuntary head nod”. Go to a Clutch gig and you’ll see what I mean, loads of blokes with beards who are transfixed by the groove. That’s this too. And it doesn’t matter whether it’s the darker sounds of “A New Cold” or the brighter energy of “Art Nouveau”, all of these have a depth brought on by the thick groove.

Which means, of course, you can enjoy this without paying attention to the lyrics. The question, though is this: why would you want to. Like it says on “Art…..”: “if you wanna change the world you better start with your own mind.” Keep that thought throughout and you won’t go too far wrong.

One thing I will say, though, is don’t make the mistake of thinking this is just a thesis. No, “Flag” is a brilliant rock album first and foremost. Listen to the bleakness of “Drunk On The Blood Of Tokyo” for proof. If like me, you long for the days when Exit Ten and Zico Chain should have been huge, you will find much here. These boys can write hooks (as befits a band that I once saw open for Monster Magnet).

But they can also write soundscapes. Big, ambitious slabs of sound, heavy yet floating. Prog metal, if that term meant anything. Whatever, just listen to the confusion of the title track and understand its very special.

The band are capable of a crunch too. “Runner In The Maze” has something that you can’t quite pin down ingrained therein, something of The Moors of West Yorkshire rather then the coast of Swansea. You can imagine Justin Sullivan singing it, that’s my point.

“Parthenian Storm” finishes it in the same manner it began: “the only thing I know,” sings Woolcock, is I was born into the storm.” Whether anything comes to calm it, is open to question.

In fact, after all is said and done the only certainty is that “Flag” is brilliant. That’s probably enough for now.