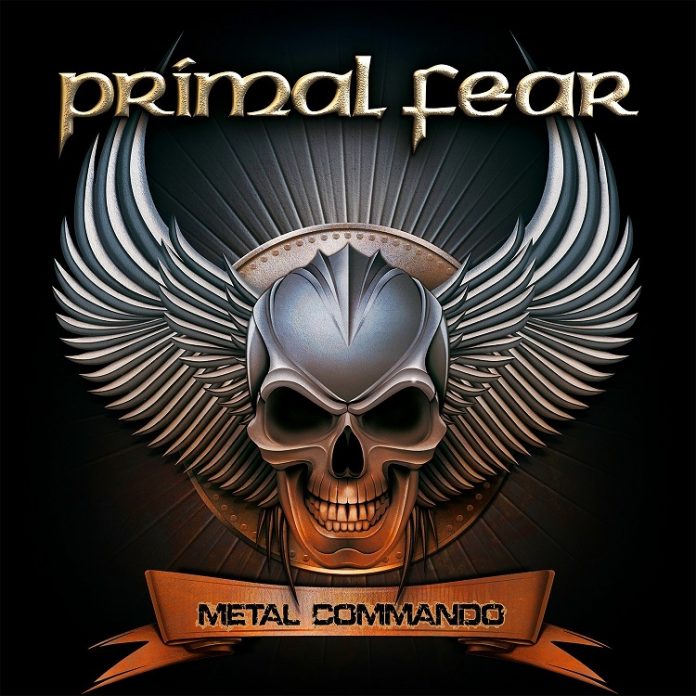 If it ain’t broke, don’t fix it and all that.

What I mean is, Primal Fear released a record a couple of years ago that I loved. “Apocalypse” was the soundtrack to the end of the world and no mistake. In fact, I said this in my review: “All of “Apocalypse” is thunderous, absolutely crushing stuff – and there ain’t a guttural vocal in sight. Nor is there anything approaching any of the usual whimsy here.”

But the thing is, PF have been at the top of their game for 22 years and they fancied a reboot. Founding member and producer Mat Sinner explains all: “What was heavy is heavier, what was epic is even more epic, what was fast is faster and what was dark is darker.”

Now, on one hand of course, this is the type of thing that bands say. Crikey, I’ll bet there was an interview with Axl Rose somewhere when “Chinese Democracy” came out that says it’s the best thing they’ve ever done, but Primal Fear are made of different stuff. They aren’t a band, you imagine, that says anything they don’t mean and let me tell you now that “Metal Commando” is one of the metal records of the year.

That much is obvious from the opening riff of “I Am Alive” to be honest. Modern, classic sounding – and if I may say, shot through with the southern German heaviness and crunch – and the fact they’ve got three guitarists (Tom Naumann, Alex Beyrodt and Magnus Karlsson) gives you a clue as to how many riffs are traded here, and how many scorching lead breaks there are.

Then there’s that voice. Ralf Scheepers is surely the archetypal metal singer. The type that all non metal fans think all of them sound like. They don’t. Ralf, though. He does. “Along Came The Devil” gets its balls to the wall (intended inference) and fists up in the air. “In 1998 we came together” he screams. And not even Satan himself is stopping this attack.

“Halo” does that thing of sounding epic and almost power metal, but never quite getting there. Special mention too, for new drummer , Michael Ehré. He is in thunderous form everywhere, but somehow especially so here.

“Here Me Calling” is proudly chugging and the way the solo is ripped out of nowhere at the start is a joy, and “The Lost And The Forgotten” makes good on the promise to take things up a notch. The bass groove is huge here, that’s for starters.

The sort of band that if you happened across them, at Bloodstock (their natural habitat, surely?) you wouldn’t just stand and watch, you’d text your mates and get them over too. Everything about this, from the ferocious “My Name Is Fear” to the mid-paced ballad “I Will Be Gone” is supercharged with a class that you can’t fake. Even the resolutely 80s rocker “Raise Your Fists” (it would damn sure have a video where they were all on stage wearing leather) rules and that is no mean feat.

“Howl Of The Banshee” has the type of chorus you won’t forget – and its in the deep cuts  – and “Afterlife” is a little darker and slightly heavier, but basically by its end, you will be having so much fun you won’t even notice.

There’s no doubt, though, about the one they all enjoyed most. In a record that is basically all 4-5 minute long cuts, “Infinity” stands out for being three times that. And you know those Maiden album closers on recent records? Slow building brilliance? This is that, and the guitar work here is worth getting the record for alone. You can even imagine the credits rolling as it ends.

If you love heavy metal -in its purest sense, none of this “core” or “blackened” sub genre nonsense, than Primal Fear are the band for you. It might be that in many respects they remain a bit of a cult thing over here in the UK. They deserve more. “Metal Commando” is up there with “Apocalypse” as their best album, and would be a brilliant way for the invasion to start.

Previous article
BAND OF THE DAY: BULL
Next article
LOVIN’ IT