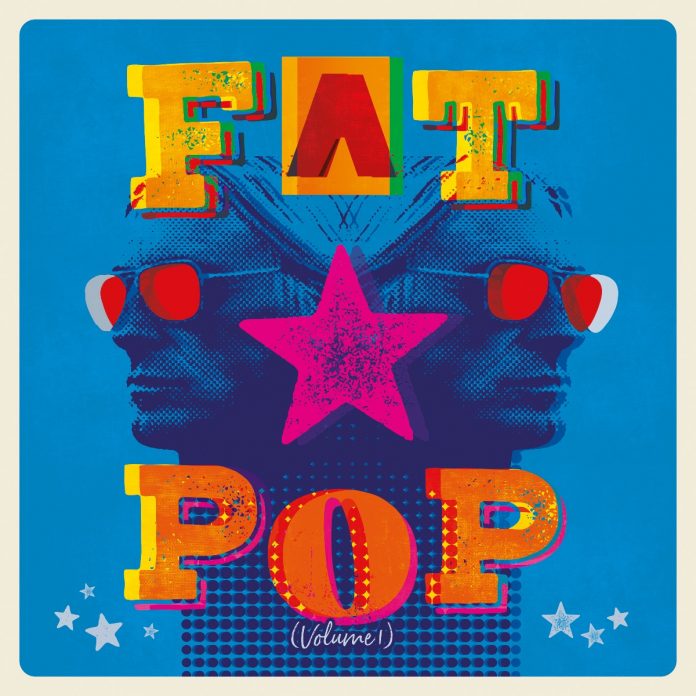 Paul Weller releases his sixteenth solo album `Fat Pop (Volume 1) `, which comes just under twelve months since last June’s `On Sunset`. In spring last year, tour dates were postponed, Paul Weller needed something else to focus on and with many ideas for new songs stored on his phone, he started to record them on his own with just vocals, piano, and guitar which he’d send to his core band members Ben Gordelier (drums), Steve Cradock (guitar) and Andy Crofts (bass) to add their parts. The band reconvened at Weller’s Black Barn studio in Surrey when restrictions were lifted to finish the work.

The album bursts into life with the captivating `Cosmic Fringes` which to me sounded completely different to what I was expecting. It is heavy with synth and bass and allows the singer to offload a light-hearted vocal self-analysis of sorts. A song that Blur`s Damon Albarn, i`m sure will look on with envy. Liverpudlian Lia Metcalfe singer with The Mysterines is a perfect foil and interacts wonderfully with the singer on `True` a delightful composition that enjoys saxophone and trumpet snatches with a brief guitar solo towards the end.

Title track `Fat Pop` had a much more mellow jazzy feel with combined acoustic and electric guitar, a leading bassline, handclaps, and eerie synths throughout. It`s seems more spoken word at times than sung and had me thinking that this could be the lovechild of Ian Dury meeting Blur. We have an uplifting number in `Shades Of Blue` which arrives just in time for the Summer. Paul’s daughter Leah co-wrote it and added her melodic tones. The chorus line seems to sum up a philosophical dilemma simply and wonderfully with “spend all your life just to find out, all that matters is close to you” Genius.

`Glad Times` is a kind of soulful, heartfelt mature and moody love ode of sorts with what sounded like strings attached which did I felt nod it`s hat slightly to the long gone days of The Style Council. Nevertheless, I have to say it really showcases that the singer still possesses and retains a rich vocal range. Maybe it`s me but I felt initially that `Cobweb Connections` had a folky texture that brought to mind Cat Stevens records that I listened to in my misspent youth. As it progresses there were some charming piano tones and string scores supplied by Hannah Peel. A fairly dreamy reflective number.

`Testify` is a soulful funky piece with a tremendous flute air that leads us in and floats throughout with Andy Fairweather Low adding his distinctive vocals. We also have a saxophone solo, organ and strummed guitar on this journey that lyrically is almost gospel like. We have a more soulful rhythm and blues submission with `That Pleasure` which had some hypnotic hand percussion and wah wah type guitar riffs leading us through this stunning musical jaunt.

`Failed` is a quite vast all-encompassing slightly funky tinged pop offering that had to me that underlying Stevie Wonder `Higher Ground` vibe with blistering guitar riffs and thumping drums driving us along this mesmerising trip. There`s more of a percussive groove to `Moving Canvas` a tribute to Iggy Pop. We have swirling organ tones, hand percussion, shaken tambourines, hand claps, brass, and the singer`s quite at times understated vocals. A superb cacophony of sound.

`In Better Time` is almost ballad like with an immense musical texture and so soothing I felt myself delightfully drifting off. The album is rounded out with `Still Glides The Stream` which was co-written with Steve Cradock and is a huge number that benefits from a string arrangement and really subtle brass and keys that gives it an almost cinematic feel.

I have to admit that I was lucky enough to see The Jam a few times, The Style Council once and Mr Weller a few times at festivals but haven`t really sat down and listened to him for a few years so I was astounded as to how good the album `Fat Pop (Volume 1) ` is. I`ve read the usual stuff about each song could be a single but after listening to it, I have to agree, i`m on board, where do I sign up? I can`t wait for `Fat Pop (Volume 2) `.

Previous article
SEX WITH THE OFFSPRING
Next article
WATCH THE CATASTROPHE