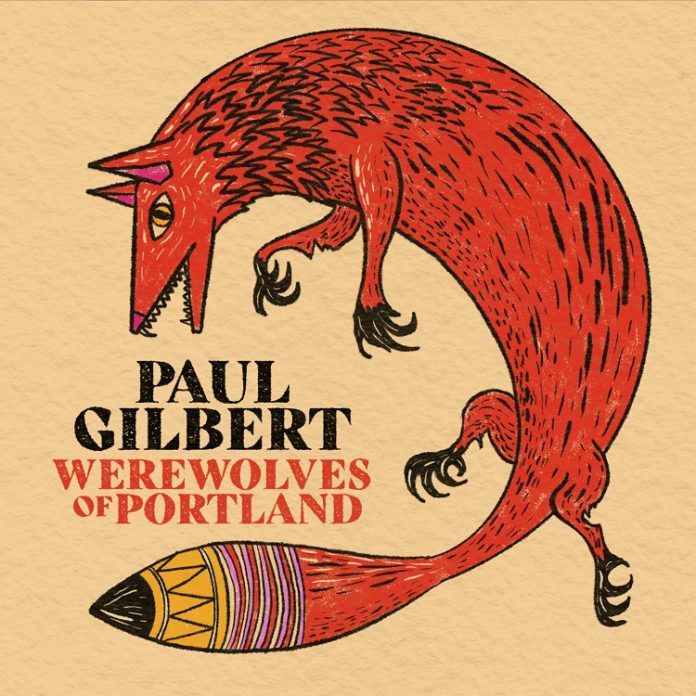 To be able to change someone’s outlook in the space of two hours is an incredible thing. That’s what Paul Gilbert did for me in September 2019.

Look, I love music, and I love guitar players (look at my reviews of Rory Gallagher for goodness sake) but I am not a musician. I don’t and can’t claim to be, either – so when I’ve seen instrumental gigs and reviewed instrumental albums, I do always wonder if I “get it” properly. That is to say, I can love seeing Satriani, and I’ve seen a G3 night, but whilst I can marvel at the genius, what I can’t do is enjoy it on a visceral level.

On the 23rd September 2019, though, that changed. As I wrote in my review that night: “That they all kind of had vocals was the point of what might go down as the finest instrumental gig I have ever seen. So, behold the electric guitar by all means. But behold the genius who played it here.”

That phrase, “kind of had vocals” applies equally to “Werewolves Of Portland”, because Paul Gilbert does things differently. There’s not a single word on this album, but there’s a lyric sheet in the album sleeve.

Why? Well because when Gilbert writes an instrumental, he writes lyrics to get the melody going, and he thought you’d like to read along. What that means, more practically, is that each one of these don’t so much dazzle with their wizardry in a cold and clinical way, as much as welcome one and all.

This is a “lockdown” album too. But only in that it was recorded last year and Gilbert wasn’t set on the idea of waiting around for the band  – so he played all the instruments himself.

The title of the album is a nod to that, too. A joke on the Warren Zeavon song, and the fact that when they get together in Portland (where Gilbert lives) the band call it howling at the moon. But it’s “Hello! North Dakota!” that kicks things off and it’s wonderful. From the quirky song title, to the fact that Gilbert can play the guitar like no one else.

“My Goodness” is another aptly named, given that it sounds so wholesome, so pleasant and so mellifluous, the title track has a prog feel, there’s a chopping Rush riff and a bass thunder, while “Professorship at the Leningrad Conservatory” (one of two about Dimitri Shostakovich) is a real highlight, and the wail of the lead guitar segueing into something else entirely is a true joy.

The first single “Argument About Pie” is mighty. Gilbert describes it thus: “Eating pie seemed to be something that everyone could agree on [at the start of lockdown]. Since my mind has the habit of searching for contrasts, I started to wonder what people might be against eating pie.” The sort of people who are offended at everything no doubt, but that’s an argument for a different day. All I’ll say here is that Eddie Van Halen would be very proud of this.

The ballad, “Meaningful” is a real change of pace and the acoustic mix is so evocative, “I Wanna Cry (Though I Ain’t Sad)” has a hint of blues about it – the way the gear changes is a thing of beauty too and “A Thunderous Ovation Shook the Columns” (the other one about Dimitri Shostakovich) is a work of real virtuosity – perhaps the type of thing you usually associate with these albums – and just in case you were wondering how the hell Gilbert does it, then “Problem-Solving People” which is a brilliant hard rock song with no words, offers you no clues. Just know he does it – and better than you could. As the last one “(You Would Not Be Able To Handle) What I….” underlines, given that is as modern as modern blues gets, and it even apes a gig crescendo too.

The fact is that Paul Gilbert is one of, if not the, best. You can argue all day who is better, what you cannot dispute is that he is the only one to do it quite like this. You know when cliches say “he can make the guitar talk”? This is the man who really can.