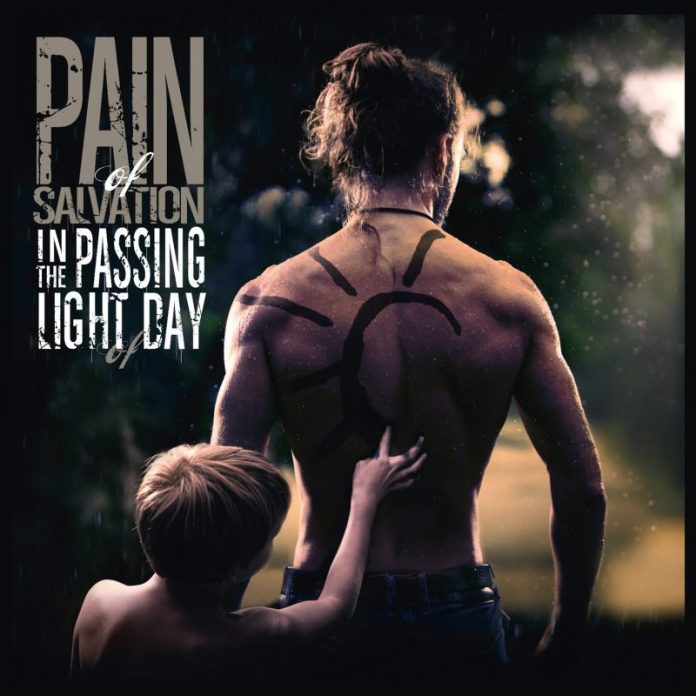 Things get heavy again (in every sense) as Swedish proggers return

“Our priorities do not change in the face of death, they just intensify. We get reminded of them. Suddenly, painfully, honestly, we remember how to live.” –  Daniel Gildenlöw 2016

Gildenlöw is the main man with Pain Of Salvation, just as he has been since he formed the band in the last century, and their six year absence from the scene is rather explained by the fact that in 2014, Gildenlöw spent six months in hospital recovering from a near fatal illness. After he came out he had to learn to do everything again, so you best believe that he means the words at the start of this review.

Just being alive is a triumph in the context of everything he went through. Thus, it seems trite in the extreme to be dissecting his latest record, but “In the Passing Light of Day” is a quite incredible piece of work.

Perhaps it was working with Daniel Bergstrand (In Flames, Meshuggah, Devin Townsend), perhaps it was a reflection of the dark, turbulent times in which Gildenlöw found himself, but it is Pain Of Salvation’s heaviest album in a very long time.

It is also their most personal, this is understandable, but both of things are made absolutely clear by the astonishing album opener “On A Tuesday” a 10 minute plus epic which begins with a pounding introduction and gives way to a hauntingly urgent narration which says: “I was born in this building, it was the first Tuesday I’d ever seen/ if I live to see tomorrow it will be Tuesday number 2119” and in doing so, makes sure that the listener knows this is not your normal prog record.

The dark themes, off-kilter rhythms and wonderfully original songwriting contained in that track are prevalent throughout “….Day” – an album that bristles with a rare vibrancy.

“Tongue Of God” builds from an understated beginning to something quite malevolent, while “Meaningless” combines pulsing Eastern rhythm with some raw, sexually charged lyrics and that the gentle and gorgeous “Silent Gold” follows is all the proof you need that this is a record that travels where it chooses.

“Full Throttle Tribe” puts us squarely back on the Hospital Ward. The machines that are keeping Gildenlöw alive are its intro, but oddly this is the most hook filled offering here. Electo beats mix with a huge chorus, and “Reasons” is nothing more and nothing less than a mighty slab of prog metal done by one of the best exponents of it there is and the line: “are you happy? As if anyone could ever be….” Seems to sum up the vibe throughout.

And yet, as the record continues its journey – and make no mistake that is exactly what it is, clocking in at over 70 minutes – hope is found the change. “Angels Of Broken Things” is the phrase “the darkest hour is before the dawn” made flesh, because “Taming Of The Beast” manages to find something upbeat to say – as well as offering a catchy, almost industrial hook – and as a standalone song is perhaps the best here.

“In the Passing Light of Day” isn’t that type of record, though. It needs to be listened to as a whole. “If This Is The End” is -initially at least –  as gentle as it is desperate, and its stark, almost folk sees everything being questioned before this most remarkable of records ends with its title track, which sums up everything that has gone before – as well as finding more besides as it looks to the future after investigating the past.

“In the Passing Light of Day” is the type of record that you may never fully understand, and you will almost certainly find it revealing more of itself to you each time you listen to it. It is as incredible as it ambitious and its sheer scope may take some while to sink in.

It is, though, everything that a challenging Prog record was ever supposed to be. It might not be easy listening, but you will not be able to stop listening to it.