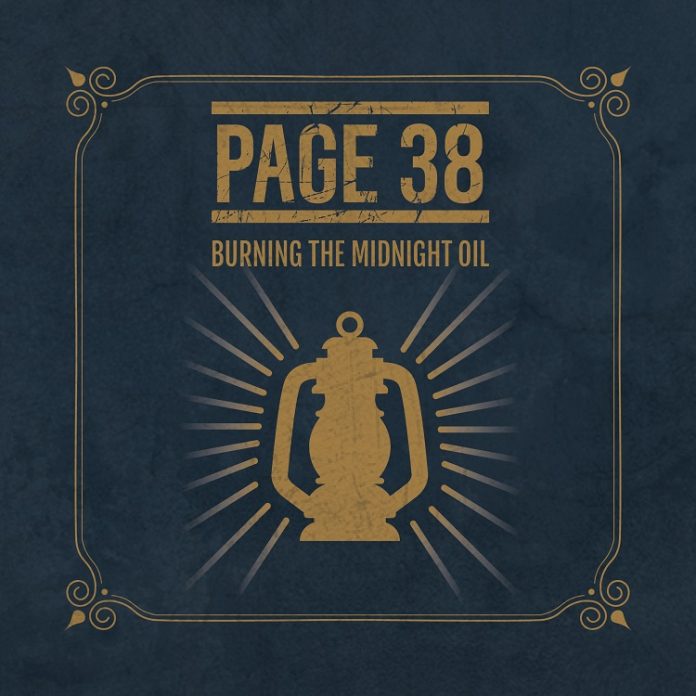 Racing out of Ontario like they’ve got urgent business to attend to, Page 38 make their aims pretty clear.

“Are you ready to experience real rock music” says the first line of the press pack they sent with this.

That presents two problems. Firstly, real rock music, as far as I can tell is still alive and well and has been since Elvis marched into Sun Studios and says to the fella: “alright mate, it’s me mum’s birthday, what ya got?” and second, such statements lead me to raise a quizzical eyebrow, call it jaded if you like.

But then, you stick on “Burning The Midnight Oil” and are confronted with something so full of beans that it almost demands you like it.

And moreover, it will probably come around to your house if you don’t!

“145” does its thang – “you’re wearing your best dress I think you’re best undressed” – and just because you’ve heard it before, you still can’t help but enjoy the thing.

Let’s get it said: “Gypsy Soul” sounds like Airbourne. In fact, it sounds so much like Airbourne that before I read the bio I thought this was another beer soaked Aussie band to add to the list, but then comes “Mama June” which takes things in a different, bluesier direction. Albeit one that sounds like it is so dirty it charges by the hour and always gives happy endings.

“No More Loving You” is something else altogether. There is a Clutch thing here. Ok, Clutch if they’d had 15 pints and a kebab, but nonetheless, it grooves. “Get Even” doesn’t even bother trying to be anything its not, and what it is, is a damn good hard rock chugger. The sort I’ve been buying since about 1985. The fact it has the “I never get mad, I only get even” line you knew it would, doesn’t matter, really.

And why? Because Page 38 understand it too. They’ve bought the same records we have and they get it. Which is why “Burning The Midnight Oil” doesn’t reinvent any wheels – the wheel rolls just fine, after all.

This one rocks too.

Previous article
ARTIST OF THE DAY: DANNY BEARDSLEY
Next article
YOUTH GONE CALL OF THE WILD