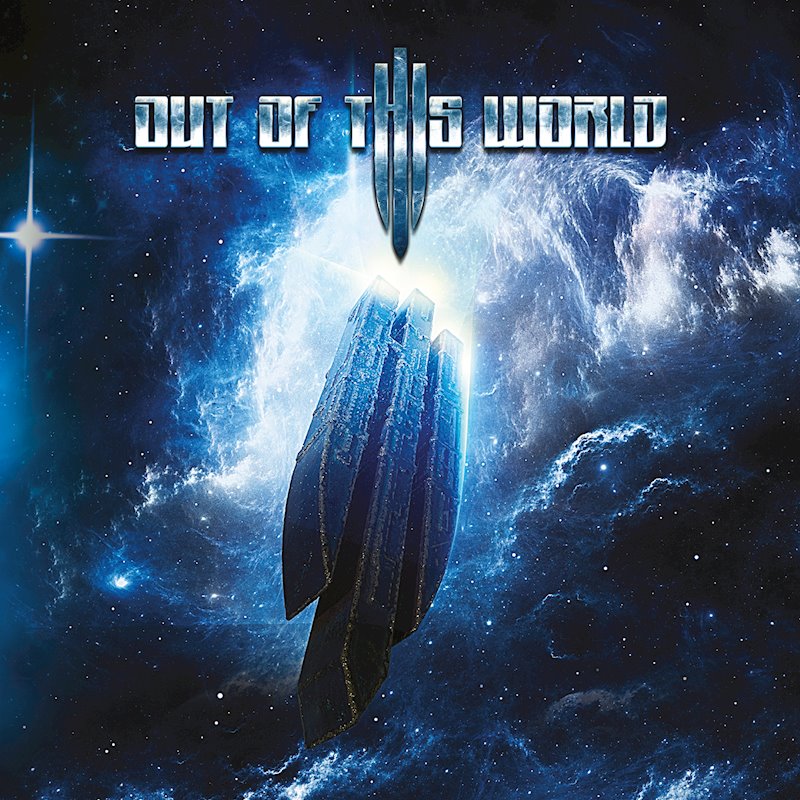 It was, as I saw on Twitter, 38 years to the day on January 9th since Van Halen released “1984”. It was a pretty important record for me, that.

For if it was Bon Jovi’s “Slippery When Wet” that cemented rock n roll in my conscience for good, then that tape with “Jump” and “Hot For Teacher” on, that I bought with my pocket money and then went to the lending library to find more albums a couple of weeks later, that almost began the journey.

There’s a track on “Out Of This World” that sounds like it could have come off it, too. “The Warrior” – lets be honest, its not even hiding it’s love for Eddie, DLR and the lads. It’s the first thing I noticed when it scanning the tracks here, and honestly, was the one that convinced me Out Of This World was worth a full listen.

It’s at this point I’ve got to bow to the obvious. Hell, the name might even give it away. Out Of This World. Did you have that album too? I did. Christ, Europe still play about three songs off it in their set.

And, you ready, this is the bit that normal reviews would have at the top instead of wittering about Van Halen. Kee Marcello once of Europe is the guitarist here. There’s a shed load of star quality elsewhere too. Singer Tommy Heart (Fair Warning), Drummer Darby Todd (everyone from The Darkness to Devin Townsend), Ken Sandin (Alien) oh, and Don Airey guesting on keys.

I nearly didn’t put any of that in because to be truthful, none of it matters.  All that matters here is “Out Of This World” (the album, not the band) is marvellous. Melodic rock exactly as it should be.

It starts with a statement. “Twilight” is seven and a half minutes of pomp and power that is not shy of its intent to sound massive. Ginormous, actually might be a better word. Many a Power Metal band would actually balk at it. Not here. They dive in, two footed and get going.

“Hanging On” is a power ballad – if power bands were done by Avantasia. It thunders, the thing, and not for nothing was it the single, and if there’s similarities with Europe as you’d imagine (without ever heading for Venus or rocking the night as it were) then “A Million Years” is a song that Marcello wrote for his old band, and owned by his new one.

This as classy as this type of thing can ever be. FM fans should head straight for “Lighting Up My Dark”, while “Staring At The Sun” and all its unashamed prog overtones (the first verse screams Yes at you) is the one that you’d bet the band had the most fun with.

By and large that’s what the album does. It just plays brilliant songs at you for about 45 superb minutes. Heart is a stunning vocalist, and you sense him with his fists in the air in “Up To You”, and if the title sort of give it away – “Ain’t Gonna Let You Go”, “Only You Can Teach Me How To Love Again” – that this isn’t the most original thing on the planet, then that almost misses the point. There’s not much like this, these days. Not much that is as big and proud. “Not Tonight”, is the sort of thing that can get an arena of Journey fans swaying around, and for all that you have heard it before, then it’s still good right here.