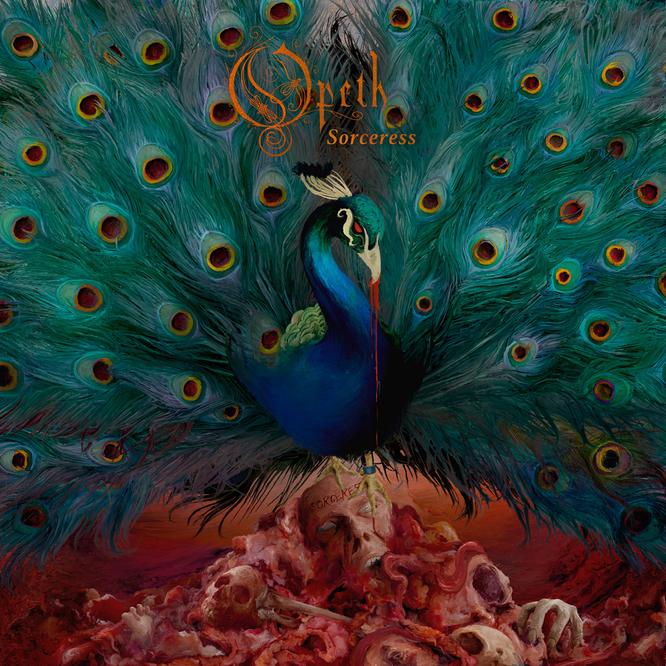 The metamorphosis is complete

12th November 2011, Birmingham Academy: “We wanna mosh,” screams a bloke a few rows back. “Mosh?” says Mikael Akerfledt, main man of Opeth, “Yeah, I used to do that when I was younger.”

The former, the shout of a fan who had been disgusted that Bob Dylan “went electric” is reckoned to be the most famous heckle of all time and was immortalised on a bootleg. The latter – witnessed by this reviewer and written about on a blog from a previous life – is probably barely remembered but is nonetheless indicative of the type of bullshit that Opeth have had to deal with since they “went prog”.

There was always prog elements to their death metal, but by the time of “Heritage” – released not long before the Birmingham show mentioned above – they had essentially dispensed with any idea of anything other than progressive music.

Now, some five years later comes “Sorceress” and its probably the best of the latter day Opeth records. A classy, brilliantly played, well-conceived and yes, mature work, you are just as likely to find folky passages – as on the wonderful “Will O The Wisp” as you are anything remotely rock. Indeed, one of heaviest tracks here, the thumping “Chrysalis” has more to do with Deep Purple than anything else.

Beginning and ending with some lilting acoustics (“Persephone” and “Persephone (Slight Return”) tells you that this is grown up stuff, while the title track has a pleasing hum to go alongside. It is things like “The Wiilde Flowers” with its interesting time signatures and deceptive catchiness that really betray just how good this band is, though.

“The Seventh Sojourn”, a sprawling instrumental, brings with it some Eastern tinges and a Led Zep fixation, while “Strange Brew” (not a cover either) is a true epic with as many twists and turns as you might fancy handling along the way, and if the opening to “A Fleeting Glance” is more akin to an English Village Green (the album was recorded in Wales) then the harmonies too are those of a timeless classic.

“Era” the last proper song on here, if you will, is arguably the most “metal” ushering its verses in on the back of some mighty guitar work, but even that isn’t straight ahead heads down and horns up, as it begins with an almost ambient tinkling of pianos, as if to prove a point.

“Sorceress” is brilliant record. No doubt it won’t find favour with those who still yearn for “Blackwater Park” part two, but this is Opeth 2016, not Opeth 2001.

It’s time to stop thinking about what they were, and instead revel in what Opeth are. And what they are is one of the best prog bands on the planet.