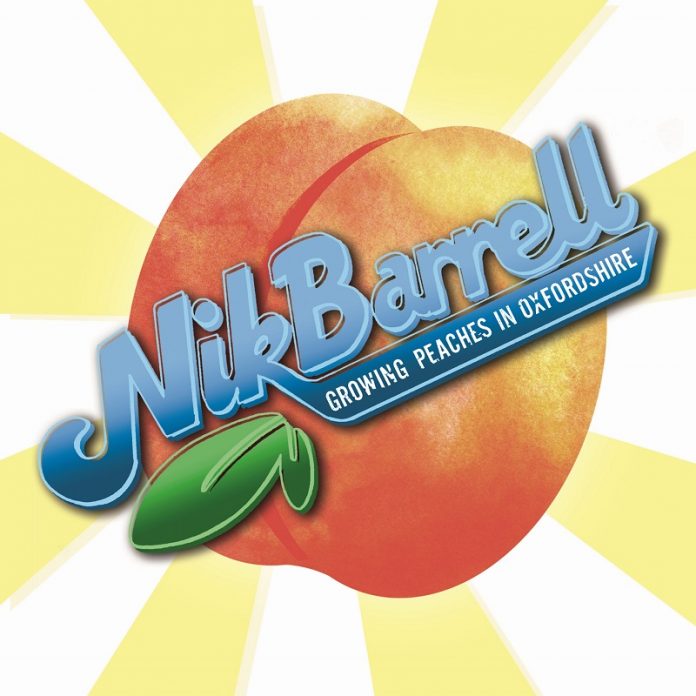 If the Presidents Of The United States Of America (the band, not the actual clown in office) taught us anything, they taught us surely that peaches come from a can, and furthermore that they were put there by a man.

Turns out they have to be grown too. In Oxfordshire no less. Who’d have thought it?

This, the new album from Brighton based singer/songwriter Nik Barrell isn’t actually bothered about horticulture at all, rather it concerns itself with the central theme that life isn’t all that bad.

As it points out on the opener “A Heart Of Money  Is A Heart Of Stone”: “who says we have to live like this?” and around that, the rest of the nine songs are built.

That opener is a glorious old time folky country thing, built around guitar and piano and violin – and the best female vocals since Be Good Tanyas – but is as shot through with as the much sunlight as the cover painting.

No drums here, and barely any electric guitar and that is perfect for songs “It’s Your Choice”. This is about being laid back, and blimey it is as laid back as a bloke asleep in a hammock who knows he has tomorrow off work.

A celebration – an apt word – of days gone by. “Her And I” is simple and simply beautiful. The title track is brilliantly quirky, “happy days have come before,” sings Barrell, and marvellously he also rhymes “preachin’ and “peachin’” at one point without a care in the world.

“Thank You” is a jazzy love song, “Love Is” is a modern take on one of those 1950s ballads that my gran would play on a Sunday morning, but if we could all live by the maxim “the more [love] I give away, the more keeps coming my way” there’d be no room for cynicism – and that is the point.

“New Orleans” comes in with a knowing swing, but even here there is a message if you choose to find it. “There’s a line of talent, way up in Nashville, waiting around to be seen, but if they ask me, I say fuck the industry baby, and get yourself to New Orleans.” The subtext of this, of course, is why would you wait around for anyone to discover you when you can do it yourself?

It’s this type of innovation that happens when you take matters into your own hands, and the shimmering “Things We Do Not Know” rather underlines that this is a record where anything was possible, “Blues Come Home To You” is in keeping with the old time vibe here.

As if to underline the good news aspect of the record, it ends with “People Are Good” and no matter what evil exists in the world, as long as people like Nik Barrell are making music like this and living on this planet, then there is hope.

“Growing Peaches In Oxfordshire” is the living proof that there is light at the end of the tunnel.