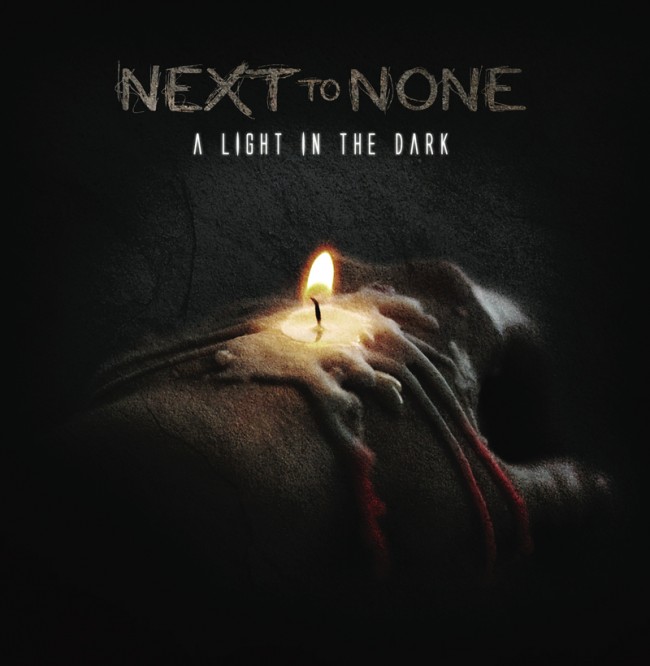 Next To None – we might as well say it at the start as we’ll get to it eventually anyway – have an M. Portnoy on drums. It isn’t, though, Mike. Given that he drums for anybody these days, that is possibly a surprise, but the Portnoy in question is Max, the son of the famous father. The senior version is here too, as he twiddles the knobs on this, but it’s rather more than that. The spectre of the incredible band he formed in the mid-1980s is all over “…..Dark”

There are many ways to approach having a famous dad. Austin Dickinson, in the brutal Rise To Remain does it his way, for example, having very little to do with Bruce in terms of sound. Max, though, has taken to the kit and, to be brutally honest, it’s clear he and his bandmates have listened to a lot of Dream Theater over his tender years.

All that out of the way, there is really only two questions left: is “A Light In The Dark” and are Next To None any good. The answer to both of those is: Oh yes.

“……Dark” in fact, isn’t just good. It’s astonishing. That much is clear pretty much as soon the first song “The Edge Of Sanity” kicks in. All nine and a half minutes of it, from its foreboding opening to its vocal interplay, to its incredible musicianship. It’s a song that would make many an end of year list already. And that’s before you factor in the thought that no one here is over the age of 16.

There have been young prodigious bands before. You think of Silverchair perhaps. And although their debut record was a superior slice of grunge, it betrayed their age in places with its gloriously naive lyrics. “A Light In The Dark” never at any point does that, and is a fully formed, wonderful piece of prog metal throughout.

As befits a band with a staggering amount of talent, it hops all over the place. “You Are Not Me” is shorter and to the point, “Runaway” slams and has a magnificent hook, as well as the tight, angular bass of something close to Prong. “A Lonely Walk” is different again, as frontman and keyboard player Thomas Cruce stretches out over a lilting piano, and doesn’t half sound like James LaBrie while he’s doing it, and “Control” is ten minutes of something close to perfect. Then just when you think you’ve got them sussed, along comes “Social Anxiety” which shows Stone Sour a clean pair of heels.

And just in case you hadn’t got the message, the album finishes with “Blood On My Hands” which is neatly sidesteps conventions and does whatever is in its head for a little while, like most unruly teenagers do. But it still manages to be a magnificently constructed piece of music.

The bottom line is quite simple here: it’s more or less impossible to pick fault with “A Light In The Dark.” It’s not brilliant because of someone having a famous father. It’s brilliant because it’s just about the best prog metal album released so far this year, and on so many levels that is incredible.