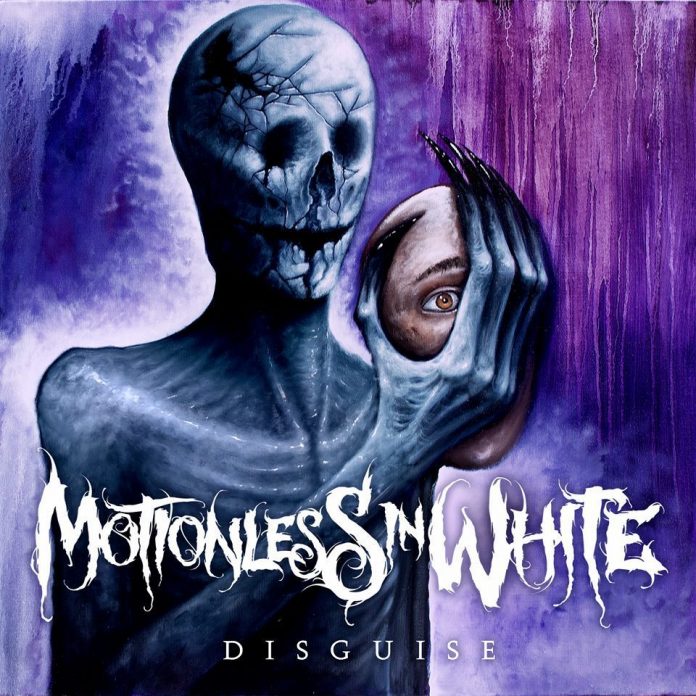 There are those records that like to reveal themselves slowly, tease you, if you like. A bit of foreplay, even.

In the first minute, essentially, Motionless In White have done their thing. You’ve seen all they have. “Disguise”? Not here.

There are moments on MiW’s fifth record when I feel a little like Homer Simpson. This happens to me a lot. The other week a friend’s daughter was trying to explain to me what her Doctorate in high end physics was going to entail. I understood the Hadron Collider in Switzerland bit (I’ve heard about that on the news), after that I glazed over.

But specifically here, there is an anger I don’t empathise with. There’s a bit in one of those classic old episodes of The Simpson’s where Homer goes to Lollapolooza and meets Billy Corgan, it goes like this.

Before Billy explains that “making teenagers depressed is like shooting fish in a barrel”.

There is a bit of that here, to me anyway. But here’s the thing. If I am not the target audience here (and I suspect that relatively contented music geeks in their mid-40s aren’t too prevalent in the front row’s of Motionless In White’s concerts) then that doesn’t, urmmm….disguise one thing. “Disguise” is ace. Angry, bleak, nihilistic, ferociously heavy, cathartic, and moreover brilliantly done.

As I said, within about 90 seconds of the title track, you have got this sorted. There is an electro-pulse and there’s a bit where the riff kicks in (although “kick” doesn’t seem appropriate) and the lyrics are like listening to singer Chris Motionless’ diaries: “I am locked inside this box I built” he intones, somewhere between Jonathan Davies and Stabbing Westward’s Christopher Hall, and that’s sort of it.

That’s the rest of it too.

There are subtleties of course the industrial pulse to “Headache” before it descends into a wonderful maelstrom of chaos. This one is the best, laser guided slice of hate since the aforementioned Westward’s seminal “Darkest Days” record 20 years ago. “Some days,” offers Motionless here, “I want to slit a motherfuckers throat”. This probably needs one of those “RT’s are not necessarily endorsements” things you get on Twitter, but whatever, if the cap fits…..

If laughs are thin on the ground here, then massive, arena bothering tunes are not. “cOde” (sic) is like a really aggressive take on Linkin Park, and if “Thoughts And Prayers” has a hint or two of Korn, then its got the moshpit going as well as Machine Head.

Much of this sounds something like a soundtrack to a horror film, and there is something a little unsettling about “Legacy” which almost casts them as leading an army, “Undead Ahead 2: The Tale of the Midnight Ride” even sounds like a film title, and even though this has an ominous tinge of power metal even, this is as heavy as it gets. All, however,  are done with an eye on a catchy chorus. Everyone knows what the score is here.

A feature throughout this, actually, is the brilliant use of synth, and as much as twin guitarists Ryan Sitkowsk and Rocky Horror drive this, then so does that. It is all over “Holding Onto Smoke”.

One of the highlights here is the quite brilliant slammer that is “Broadcasting from Beyond the Grave: Death Inc” and honestly, if Wednesday 13th decided to write a song with Marilyn Manson and got The Prodigy in as the backing and, it might sound like this. And just when you thought that “Disguise” was going to do something a little hard rock, it reminds you that you are wrong and they will do things as they please, thank you very much.

Calling the last song “Catharsis” is interesting, given that actually, that is what this is about. Laying it all on the line like this, takes bravery and no doubt there’s loads of kids out there that need – and that’s not too strong a word – to hear this too.

35 years ago we had Bon Jovi. And I might be way off the mark here, but this is the equivalent for 2019. US arena rock is still alive and well. It’s just that these days Tommy and Gina need more than a prayer. This is your therapy session.