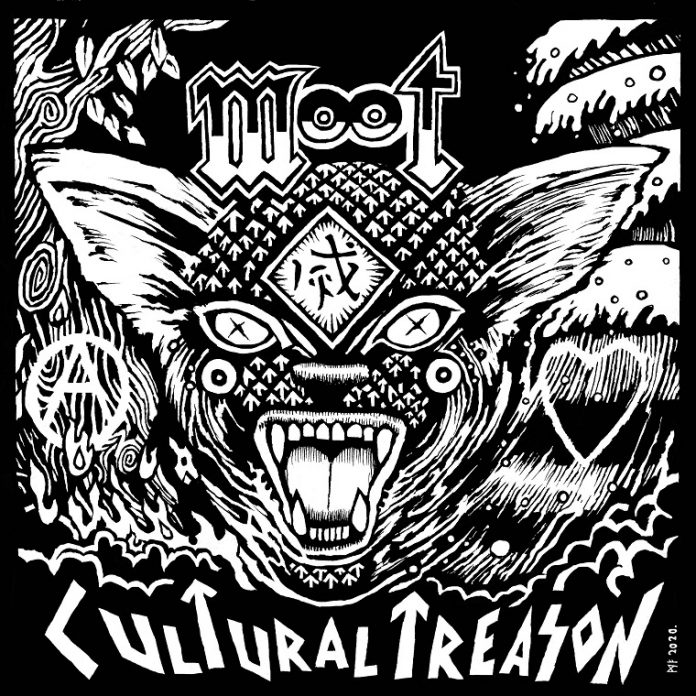 I am not going to claim I’ve seen it, but I know the quote from the film “The Wild One”.

“What are you rebelling against, Johnny?”

That film came out – thanks to IMDB I am fairly certain on this – in 1953. Fast forward 67 years and you can meet its musical equivalent: “Cultural Treason”.

Six songs, 13 minutes of filth, fury and bile. And its ace.

Five of the six have the “E for explicit” on Apple Music too, which is bonus point time. “I Hate Hippies” definitely needs it, sneering like its 1978, and probably grateful there are no festivals this year (these people always seem to turn up at outdoor gigs, don’t they?)

And if the targets are basically obvious – “1000 Words” lays into Facebook – then it doesn’t make them any less valid. Facebook is, after all, the single biggest evil the world needs to tackle. There is no debate to be had on this.

“Sick Dog” takes a Kinks riff and gets pissed with it, “Fake News” the only one without some naughty words in, is a more considered, nuanced attack on Trump in particular and the media more generally. It also enables me to type the words “Never Buy The Sun” in a review. Not that the song is much to do with that, more that its just good practice.

“Yummy Mummy” is back to the social media attack, but focusses more on the banality of the existence. “Your Life has no real purpose, you’ve got no human friends” seems like the key line here, as it rails against the over-reliance on technology.

And the last one, is equal parts Spaghetti Western and Ramones, which is kinda cool. “I Wanna Be Like Clint Eastwood” is as simple and on the nose as the rest of them.

On the one hand this is unreconstructed punk rock, as simple as it gets, beer swilling, glue sniffing, a quickie in the car park wouldn’t go amiss. On the other “Moot” make their point (puns intended) with a really clever set of lyrics.

The sort of band, you imagine that would be watching a punk show even if they weren’t on stage. You can file “Cultural Treason” alongside The Chats and Shit Tinnies albums as all the proof you need that Aussie punk rock is thriving.