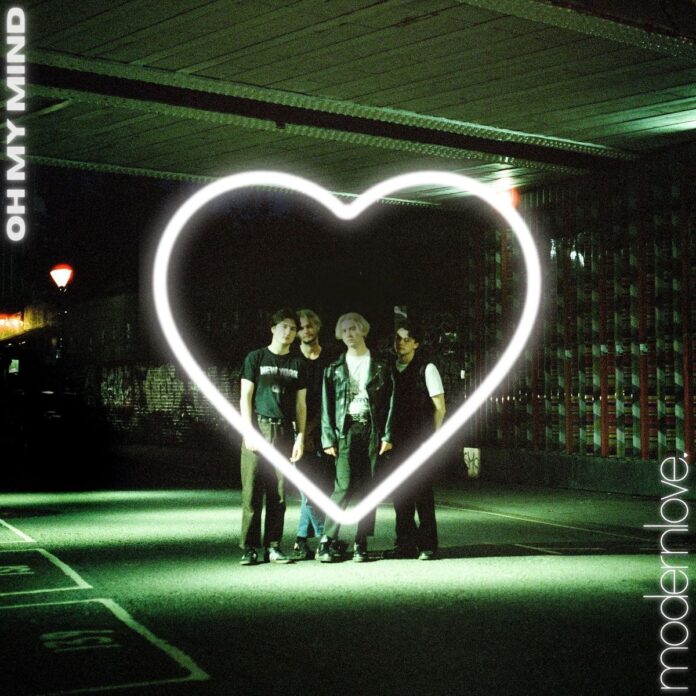 This extended play opens with title track `Oh My Mind`, a dreamy number which touches on the obsessions of the younger generation and the mental health issues that can be and have been triggered by the internet and the recent worldwide pandemic. It kind of floats along but has a quite intricate section where the lyrics are almost rapped and closes out with some enchanting melodic harmonies. The band have said that `Don`t Wanna` is about desire, especially the difficulty of navigating friendships and relationships. It`s another quite mesmeric offering with a slightly rockier bite.

`Islands` begin a little like Snow Patrol but took off in a different direction with some jangly guitar riffs and a fairly anthemic beat. As it evolves it veers between a more reflective slower introspective listen to a much more belligerent texture.  I read that it`s written about trying to cope with the fallout of a family coming apart due to divorce and one’s own romantic relationship ending at the same time. It explores ways people try to deal with this struggle either through drink, substance abuse or indeed sex.  We have in `Follow You` a track that hints at the early blossoming stage of a romance. The song itself musically is a bit of a rock out where the band seem to just let rip.

`Familiar` is a love song that relates to seeing a previous partner for the first time after breaking up and them being with somebody else. It begins quietly before becoming a more mid paced quite funky composition. Apparently,  `Us` was the first song the band wrote together and although it was drafted as a break up song it really races along and is fairly uplifting.

This extended play closes out with `Take My Head` which seems to incorporate a mix match of musical  styles and is an almost mix of rock, indie and a touch of drum and bass and electro. A submission that relates to the anxiety that comes with any sort of big change in life.

`Oh My Mind` was a pretty interesting introduction for me to modern love and the band seem to have some fairly polished melodic pop numbers with a slight rock bite. The quartet who comprise Barry Lally, Graham Fagan, Danny Rooney, and Cian Mc Cluskey will embark on their first UK and Ireland headline tour in November which gives you an opportunity to hear these numbers and more shared in a live setting.