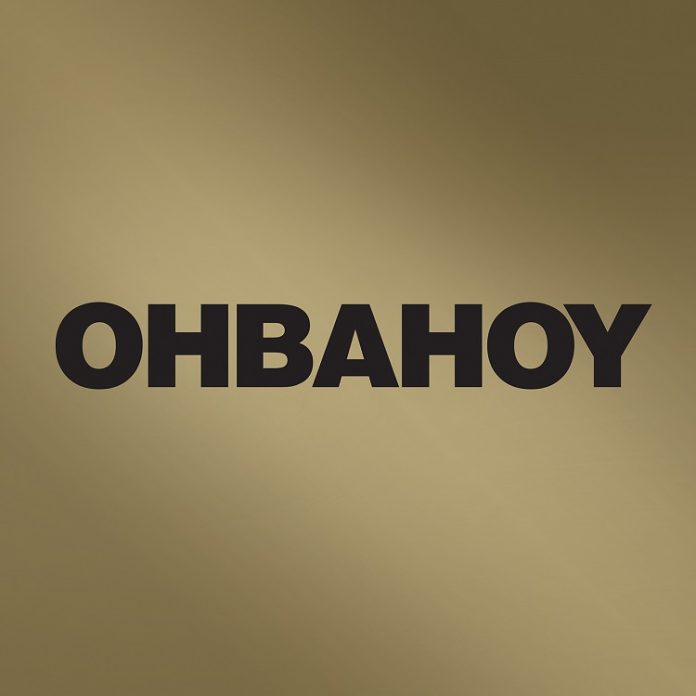 “Ohbahoy” apparently is named after an imaginary friend that Miles Nielsen had as a kid.

I must’ve been the only child on the planet who never had one – I could do the glib thing and say that even my imaginary friends didn’t want me – but its kinda cool that even as an adult, Miles is still inhabiting a world of limitless possibilities.

This is the first album I’ve ever heard by Nielson, but “Ohbahoy” is such a staggeringly diverse 11 songs, that you can only marvel at it.

The first one “Hands Up” has an almost 80s rock feel, a pulsing rocker, but with a proudly pop chorus, and a subtlety about it, that means you will be singing it without realising.

The thing is, you don’t know what’s coming next. The keys work on “Howl At The Moon” makes that one stand out, while Nielsen and Daniel James McMahon form a formidable guitar double act. For all that the band bears Nielson’s name (and although the press details on this don’t say it, so I won’t make a big deal of it either, it takes about five seconds of research to find out that his old man is one of the biggest deals in rock music), this really sounds like a collective effort.

“Old Enough” seems to have the same melting pot attitude to things as the wonderful Hollis Brown, but the starkly Americana “Ghosts” is one of those things that evokes a vast, open air vibe.

Nielsen has a background in film scores, and that shines through. There is such a light and dark here. Overpass is power pop and it’s a masterclass therein. The Rembrandts and the likes would have had a huge hit with this is the 90s, and deservedly so too.

Many of the cuts here – however disparate they are – are built around a fuzzy bass, and Dave McClellan excels again on “Moonlit Ride”, but as if to balance out the urgency here, “Big 3” follows it. Dreaming, dreamy and floaty, it is yet another side to this.

At times this actually has the air of a compilation record. “Heaven Only Knows” is overtly 60s pop sounding, the harmonies are sweet, while “Life Is (Hard Enough)” is anchored by the drums of Jeff Werkle, and occupies a space somewhere close to the blues of the Black Keys and “I Don’t Care For You” is as different again.

And yet, there is a thread running through them all – and the closing “Hannah” too – and its one of class, but also the glorious voice of Nielsen, weatherworn and reminiscent of Tom Petty, that ensures that, wherever this goes it remains true to its roots.

It takes some talent to do this and keep it compelling all the way through. It takes a dreamer too, to think outside of the box in this way. Rick Nielsen, though, has evidently put his rusted heart into this, and it is an album of which everyone involved can be very proud indeed, not least Ohbahoy himself, because doubtless he’s still in there somewhere.