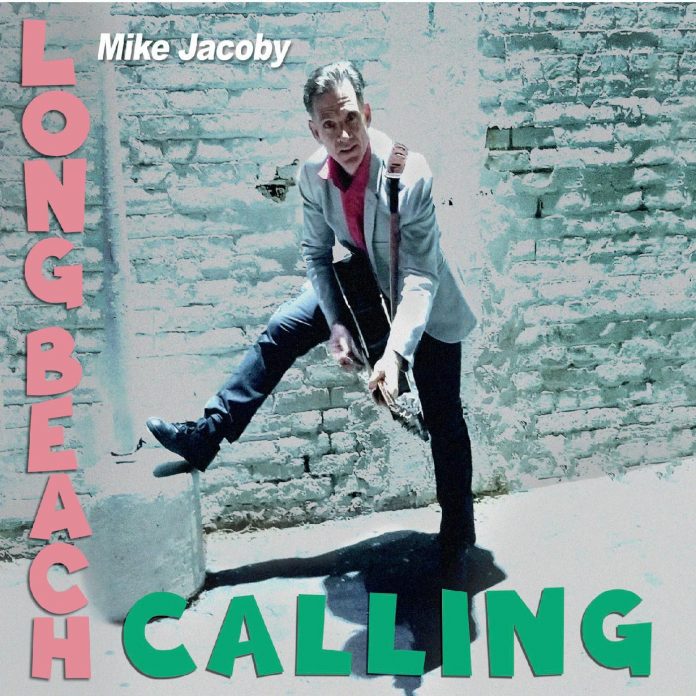 I was at a festival recently, and there was a bloke who walked past me wearing a t-shirt that said: “Sometimes I wonder what sort of world our children will leave for Keith Richards.” And that makes flesh a big truth: Keith Richards is just cool.

Now, before we start, I am a teetotal, single bloke who might as well be a monk and living like Keef even for a day would kill me, let’s be real. That said, in many ways, he’s living the rock star life I think I deserve.

Mike Jacoby agrees. There’s a song on “Long Beach Calling” that utters the chorus: “You can move like Jagger, I’d rather play like Richards……” (it’s helpfully called “Play Like Richards” just in case you were confused) and you just know that Jacoby loved this homage. It seeps through the speakers, almost.

What it also does, is prove that Jacoby knows his musical history. The album cover isn’t just a Clash love in. Rather it frames the record, “Long Beach Calling” (the song) is like a Stray Cats cover of Strummer and the boys, and there are myriad other knowing winks to the greats throughout the 11 songs here.

“Here And Now” is a gleeful ode to the aging process – infused by Chuck Berry’s DNA too, it seems to suggest that we aren’t getting old if rock n roll exists. “Pine Box” confronts death head on, with a cheery country blues thing (even here he reasons: “I’ll take it to my grave that Zeppelin’s great”) and even on the “dumping” song “Your Love Song” the Grand Ole Opry classic sounds manage to take it, not just in its stride, but be positively pleased.

There are so many different sounds here that it’s almost as if Jacoby has rifled through his own record collection to come up with a fresh slant. “Just In Case” is summerlike and airy, the lap steel on “Know Right Away” hides its trepidation, and there’s just a hint of the wonderful Jason Ringenberg about “Smile.”

Jacoby plays most of the instruments here and his skill shines through. “Hangers (A Christmas Tale)” in other hands would be a throwaway thing, but here, in fairness, you root for the fella who had the shit present.

“BBQ Pit” is slower, more deliberate, southern rock but like anything and everything else here it is done with tongue in cheek and an interesting angle. That, actually, is a sentence that could apply to the rest of the album.

The record – kinda – ends with “Long Live The King”, a brooding ballad about the enduring power of Elvis, set to a narrative story that goes to many other places. Except there’s a hidden track. Of the type that used to be on plenty of albums back in the day. “Yes, But” is not only a power pop thing of rare quality, but apparently that had a Clash relevance too. “Train In Vain” was a bonus song on “London Calling” thus “Long Beach Calling” got one too. There’s also a long Beatles explanation too.

That doesn’t really matter though, because I like to think that Mike Jacoby does all these things for one reason only: that he loves rock n roll. Or perhaps, more accurately, that he knows its only rock n roll, but he likes it?