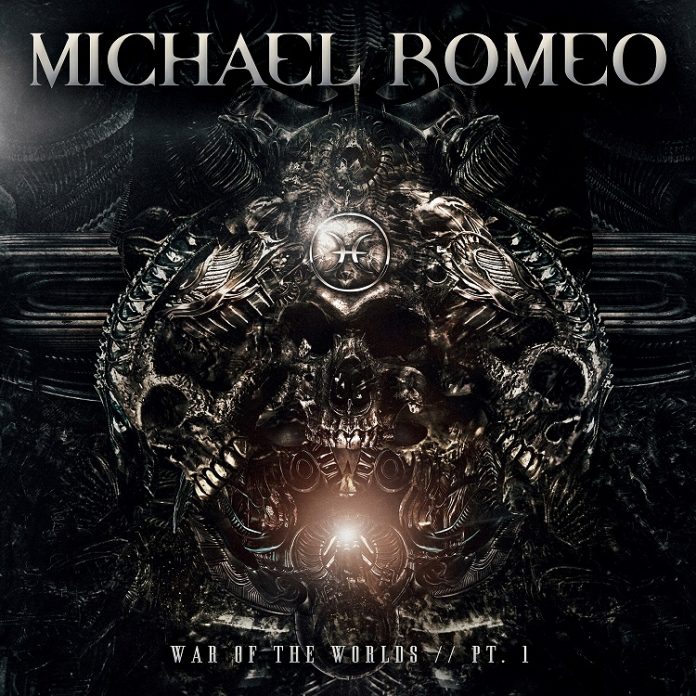 I don’t understand the love for Sci Fi, so reviewing an album with Science Fiction themes and inspired by an HG Wells book that I’ve never read and which spawned a film I’ve never seen seems an odd choice, except for one thing.

Michael Romeo is a founder member and the main songwriter in Symphony X and that gets the pulse racing around here – has done since I first heard them in the last decade (their astonishing Iconoclast album is still one of my absolute favourites) and this is so good that it adds to Romeo’s legacy rather than being a pointless solo project with no merits beyond being fun for the chap who made it, as so many solo albums are.

The key thing about this is it is the sound of someone staying true to themselves and doing what they love – but also doing things outside of their comfort zone that they just couldn’t within the framework of the day job, as it were.

To that end, whilst an epic like “Djinn” would work for Symphony X, the one that comes before it “Fucking Robots” most certainly would not. Something more akin to the nightclub (the blurb that comes with the album reckons its “dubstep” influenced, but I don’t even know what that means), its electro energy is starkly jolting.

Much of “….Worlds Part 1” sounds like a film score. The intro must surely be a nod to that? While the songs are joined, giving it an incessant feel.

The songwriting is such, though, that they work as standalone pieces in a quite wonderful way. “Fear The Unknown” is the perfect power metal opener, “Black” is absolutely mighty. Big enough, surely to rumble the foundations anywhere, it is (in truth) better than anything Dream Theater have done in a long while – and the comparison is fair too, given the sonics at play.

Everything here, however long it is (and it is noticeable perhaps that nothing is too lengthy) has a tremendous energy. “Believe”, at eight and a half minutes the most labyrinthine thing on offer, is built around a piano, but still sounds like a metal song.

Much of the credit for this must surely go to the singer Romeo has picked. Rick Castellano has clearly heard James Labrie but is very much his own man, and is in wonderful form here, as to be fair are the rhythm section of John “JD” DeServio and John Macaluso (BLS man DeServio and Romeo are old school friends). Although it is only fair to say that everything here has to play on the undercard to the incredible guitar playing. Romeo has a reputation for being one of the best and on this evidence you couldn’t argue.

“Differences” finds them all in full flight, “War Machine” – an instrumental – is as overblown as anything Game Of Thrones has in its locker, “Oblivion” is perhaps the one that most replicates the bombast and groove of the day job (and SX have always to these ears been the most heavy metal of the Prog Metal bands), and as “Constellations” concludes things as if floating into space as the credits roll, it seems to suggest that the possibilities for part 2 are limitless.

That’s for the future – although something to look forward too, surely? – all that matters now is that “War Of The Worlds” is clearly an album Michael Romeo needed to make, but more than that it stands as a stunning document of why he absolutely had to.