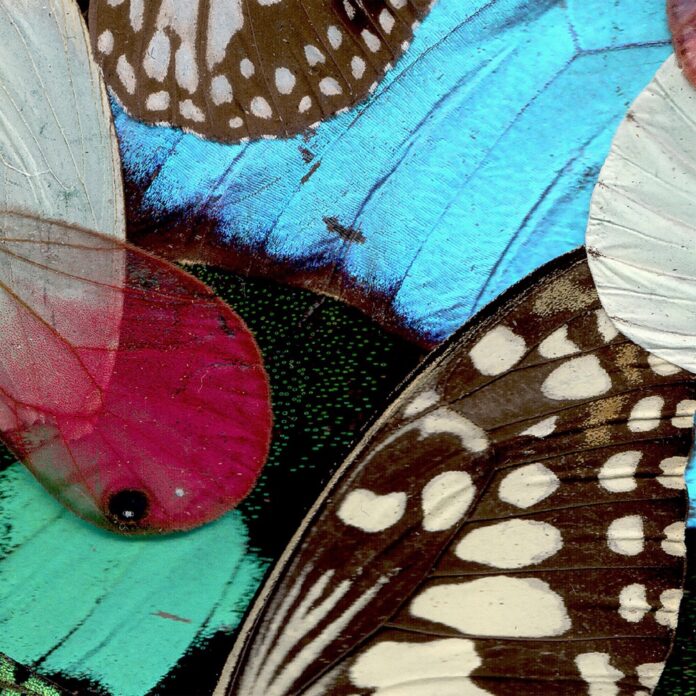 This new release opens with `Withering Flowers` a quite fast paced track that seems to relate to  longing for your partner from afar. The vocals are hard to decipher as they are almost enveloped in the sound of shimmering guitar riffs and a beating drum during this captivating, dreamy offering. We have a much more introspective reflective composition in `Nova` with  intricate guitar chords and a real sense of contemplation in the vocal delivery. Nova is a transient astronomical event that causes the sudden appearance of a bright, apparently “new” star that slowly fades over weeks or months and this piece does seem to have a kind of starstruck wonderment about it. Maybe something fleeting or temporary that gathers momentum towards the end as if to make an impact as long as it exists.

`Cascades Of Noise` felt like the euphoria experienced after coming through a relationship that has run its course and you have that sense of freedom and happiness. It races along with a sense of  unrequited liberty. There`s a measured drumbeat and picked guitar chords as we dive into `Ark` before a brief crashing guitar riff recedes and the number becomes quite mesmeric.

I found myself being pulled into the track as it evolved with piano and strings that added to the overall ambience. It does grow in volume and becomes almost a wall of controlled noise towards the end before fading.

`Crimson Eye` is pretty much an indie rock out with chugging guitars and a thumping drum providing a platform for vocals and harmonies to ride atop. I`m not sure what `Tangerine` was about but it ebbs and flows as it develops with some glistening guitar riffs and quietly shared vocals.

The definition of `Cocoon` is to envelop in a protective or comforting way and this soundscape is probably the musical equivalent of that as it morphs into the following track `Nymph` which I have to say had a delightfully delicate beauty with vocals that I presume were supplied by Teresa Koeberle. The lyrics seem to evoke the mythological spirit of nature that a nymph encompasses.

`Orchard’s Lie` has a quite ethereal splendour and appears to be another ode to romantic longing. We have a much more forceful submission in `Sheela` which becomes almost belligerent at times with crashing guitars and pounding piano keys but does have moments where it`s more wistful .

`Cyclone` is unlike its title would suggest but a gentle meandering voyage with a kind of reminiscence of times long gone over a quite enthralling musical backdrop. This release closes out with `Aurora` which is a natural light display in Earth’s sky, predominantly seen in high-latitude regions but here seems to narrate a tale of a romance on the slide. It`s another mellow outing with both vocalists interweaving over steady drum rolls, twinkling riffs and strings that add to its rich texture.

‘Noise Between The Shades’ is quite elaborate and intricate musically and requires a number of listens to really appreciate it`s absorbing, alluring, emotional and haunting beauty. I realised I discovered further layers the more I returned to it and found it overall delightfully spellbinding and haunting.