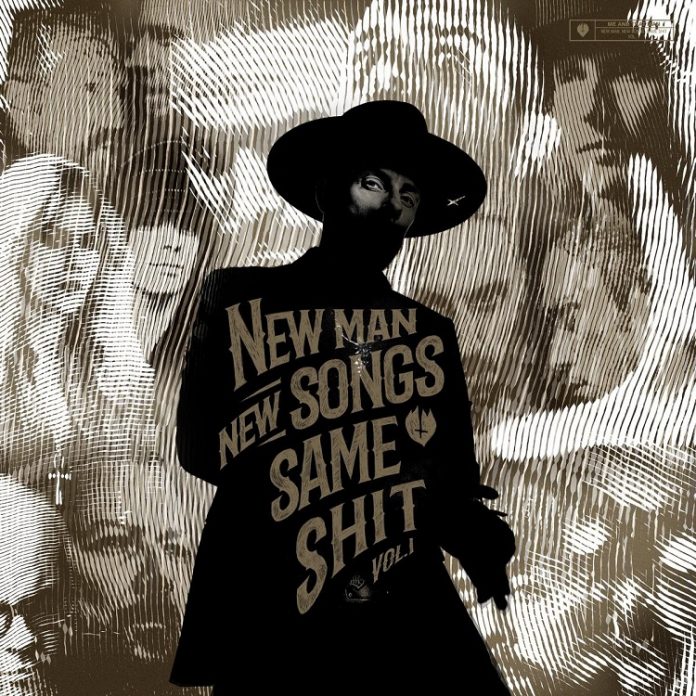 We’ve all been there. You start something, with one intention and all of a sudden, it takes on a life of it’s own.

Back in 2017, Adam Nergal Darski released his first album with Me And That Man. A world away from Behemoth – arguably the biggest black metal band in the world and the group he pilots – this was dark still, but dark like Nick Cave.

It was really good, too. In his review on this site, our Donnie, who is a huge Behemoth fan, said this: “The less aggressive tones may have blunted the attack on the senses he is proving that the poetic pen is mightier than the six-stringed sword.”

But a lot happens in two years.

So the “Me” is in place, but the “That Man” has gone. Nergal and Englishman John Porter have parted ways. Not amicably, with Darski saying rather euphemistically: “it wasn’t the easiest collaboration of my life…..”. But in his place are “These Men And Women” and you’d best believe there is a lot of stars from the Premier League of rock here.

The results showcase a band that is the same, kind of, but oh so different too. But the overriding point about “New Man, Same Songs, Same Shit Vol 1” is that it is brilliant.

“Run With The Devil” is rockabilly tinged , drenched in horns (Jørgen Munkeby of Shining supplies the sax) and you can almost hear the sense of fun here. Granted, the chorus goes “my heart is pure but my church is black” but goodness me, its catchy.

So, now they are off and running, and proving that the Devil always had the best tunes, and “Coming Home” is prime Nick Cave. Siver Høyem (from a Norwegian band I’ve never heard of in truth) does a brilliant job here too.

The songs here are so skilfully done. They are quirky – “Burning Churches” is best described as the type of thing Alestorm would do if they were drinking rum down below – but never unlistenable in a wacky way, and “Down By The River” which features  Ihsahn is huge, dark and brooding.

There’s one “Mestwo” sung in Polish, which has some lovely, sweet harmonies. I didn’t bother translating the lyrics as it made for a palette cleanser, and there’s some real soul flourishes to “Surrender” which features Rob Caggiano of Volbeat, but it’s the vocals of Anders Landelius that steal the show here. Deep, rich and baritone, it is perfect for the vibe.

Throughout the whole record, there is a feeling that “anything goes” almost, and that nothing was off-limits. Nicke Andersson  and Johanna Sadonis reunite their Lucifer partnership on the incredible murder ballad of “Deep Down South”, which just about sounds like Urban Voodoo Machine jamming with Skinny Lister, frankly.

Jerome Reuter, talks his way through “Man Of The Cross” a bit like he does in Rome, but the lyrics here are not playful, like most. They are dark and proudly so.

There are two huge stars towards the end. You’ve never heard Matt Heafy like he is on “You Will Be Mine” – written by a Ukranian folk singer, Sasha Boole – and “How Come?” proves, yet again, how good Corey Taylor is. A word too, for the proper, full on “November Rain” style solo that Mastodon’s Brent Hinds plays here. He is on a number of these tracks and his work is superb.

The last one, as if to prove a point that that for all the name being the same, it is a different project this time, sees Niklas Kvarforth kind of speak his part on “Confession” before it descends into a maelstrom of heaviness and confusion. Something close to Nergal’s day job.

What is striking about “…..Vol 1” (and the name alone perhaps indicates a rebirth of this band better than anything else?) is how cohesive it sounds. Often people – think of that Slash solo album for example – do these things with guest vocalists and it sounds like a compilation record. Not here, these 11 songs are bound together by a violence, if you will, by a hate, and by the darkest of dark threads. The skill, though, is they remain so accessible.

“New Man, New Songs, Same Shit Vol 1” is magnificent. Whatever dreams and ambitions Nergal had for it at the start, I am going to guess he has surpassed and then some.