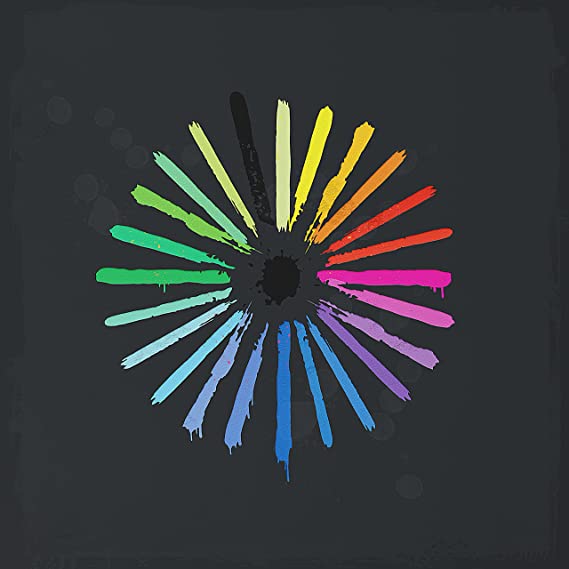 I am amongst friends here, I think. So its time for a confession. Or two.

First. I am actually sitting writing this in a Marillion t-shirt. One that I bought on the 21st November last year, when I saw them play live. That night, I said: “2022 is represented too, with [a] new song (suite is perhaps more accurate), done in full – meaning all four parts of “Be Hard On Yourself” and it has all the hallmarks of modern Marillion.”

Well, 2022 is here. And this album has been out for a couple of weeks. In truth I have had it for a lot longer. And – here’s the second confession – I am scared to death to review it.

Here’s why: when you see Marillion, and I have many times over the years, before doing this site and since (I have been a fan since I bought that single when I was about eight years old) you always feel like an outsider. There are people that don’t love these songs, they live them. And, yeah, I feel like an imposter.

But….we’ve got an hour before its dark and I need to get this down on a page.

And my goodness, it’s a labyrinthine thing. I must have listened to it about 20 times in these six weeks I’ve had it, and each time I’ve heard something different in its seven songs (18 if you count the constituent parts).

The opener is like a “State of the Union”. The addition of the choral bits (from the Choir Noir as the band have dubbed them) has given it a real gravitas, and the way it builds to the harsh “Lust For Luxury – part 3 effectively – in which Steve “H” Hogarth spits “cause of death? Consumption!” is impressive. That it ends with the simple message, “we can all do better”, fits in beautifully with the second “novella” (I can’t call it a song, it doesn’t do it justice).

“Reprogramme The Gene” is quite simply, stunning. “I don’t wanna fever/I don’t wanna cough/ As the planet simply shrugs us off” sings Hogarth, and Steve Rothery’s guitar work on this one is as good as it’s ever been. It doesn’t offer any hope for the future either. The apocalyptic thought “Is there a cure for us?” swirls around before the end.

This is a dark record, bleak, perhaps, but the music is surprisingly upbeat. “Murder Machines” could be about the pandemic, but equally it might not. That is the genius of the ambiguity here. Everyone who listens to it, will have their own interpretation. The sort of record, were it a Bob Dylan one, some chinless academic would do a Doctorate in.

Mark Kelly’s piano on “The Crow And The Nightingale” gives it the feel of a film noir. And only when the mist clears does it reveal itself. It pulls off the idea of being an epic with its smoke and mirrors almost.

Above all, though, this seems to be a human record. One that cares for the earth and its people. “Sierra Leone” is very much the undulating prog rock thing. Meandering, twisting, turning, but with a lighter touch and an empathy.

The last one – also the longest- “Care”, veers from electro music, to something else entirely, and the desperation of the title of the record is their in part two. We only have so long to save ourselves, each other, perhaps? And there’s a very Dave Gilmour feel to Rothery’s guitar in part three. Which suggests it might be a conclusion. But it isn’t. Not at all, because part four, entitled “Angels On Earth”, puts us right back in the pandemic. I saw a man paint a woman on the wall/ Mask on her face, screen over her eyes/Hospital clothing, worried and exhausted/A thing of beauty, a thing of care/ Pure class right there, right there” and the real warmth, the real suggestion that it isn’t all lost, is in those words.

After it ends, there’s 15 or so seconds of silence. Only Marillion know why it’s there, but here’s my take. It’s a pause for reflection. A pause to think about the world in 2022 and what led us to this point. It’s the hour before its dark, the sand is running out of the timer, but its not all gone. There’s still time.

Maybe it doesn’t mean that at all. Maybe you’ve got your own opinion. The truth is, this record could be everything and nothing all at once. I’ll tell you what it definitely is though (even though its only March) and that is album of the year 2022.

Previous article
BAND OF THE DAY: MY ONLY SOLUTION
Next article
REVIEW : FUTURE CAVEMEN – II EP (2022)