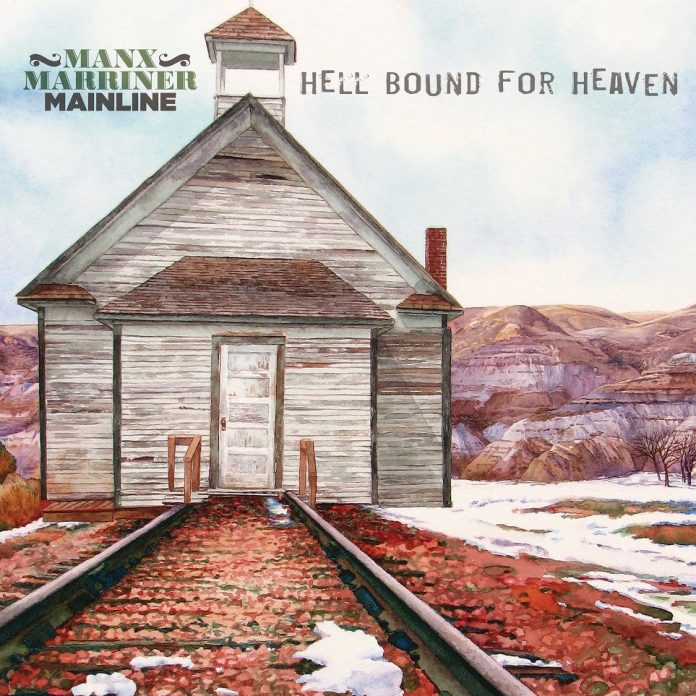 Something of a master and apprentice thing, “Hell Bound For Heaven” seems to be much more than just A.N Other record to both Manx and Marriner.

Harry Manx first met Steve Marriner when the younger man came to watch him play in Ottawa and asked if he could play some harmonica. So good was he that Manx hired him to play in his band. Since then Marriner has won goodness knows how many awards and Manx has continued to be a roots legend.

All of which is probably why their converging together on “….Heaven” comes with such a weight of expectation. From inside as much as out, you suspect.

With “Hell Bound For Heaven” the clue is in the title too. The darkness, the light, the good the evil, the gospel and the blues. It’s all here across these 10 songs.

“Nothing” rather sets the tone for all this. The lead track, it is steeped in classicism – it is no exaggeration to suggest that it could have come out at any point in the journey of the blues and not sounded remotely out of place – but it is original. Six of these songs are self-penned by the two, which rather sets it apart from many of these rootsy collaborations. And this one, written by Manx, is typical in another way too: it is absolutely stunningly put together. In my romantic view of New Orleans bands like this are playing in every bar, but they don’t have Marriner’s brilliant harmonica and guitar solo.

“Everybody Knows” adds some wonderful Hammond Organ for a real soulful touch. But if there are many jewels in this crown, then none shine quite as brightly as the Marriner sung title track, on which he sounds world weary beyond his years, but the chorus is one of genuine catchiness, and there’s still time for turn which takes in some eastern mysticism.

“My Lord” is the first of what we might term, the overt gospel ones. Now, I have to be honest here and say the sentiments of them leave me cold, but the class with which they are done bridges any ideological gap we might have.

Manx is one of the most highly regarded banjo players in the world and his work on “My Only One” – a thing of real cracked beauty – proves why. Likewise, their swampy take on Charley Patton’s “Rattlesnake Blues” is right from the top draw.

“Wish I Had Answered”, originally by Roebuck “Pops” Staples, is moved to another level by the backing vocals (as are a number of them, in truth) and “Death Don’t Have No Mercy In This Land” is just the two of them, and recalls – to these ears anyway – the stuff of Kelly Joe Phelps, which was my first exposure to this type of acoustic blues.

“This Little Light Of Mine” is a traditional sounding take on the traditional number. You could imagine this being on the “O Brother, Where Art Thou?” soundtrack all those years ago, but you can’t resist it by the end – whatever your beliefs.

“Rise And Fall In Love” (written by the two of them) is a gorgeous closer. The strings here are as good as it gets, and to be honest, it could melt the hardest of hearts.

Those words, actually, could be used to describe “Hell Bound For Heaven”. Two fellas, doing what they have a gift to do. And it sounds as if they were having the time of their lives here too. One of the warmest, most welcoming records you will hear.