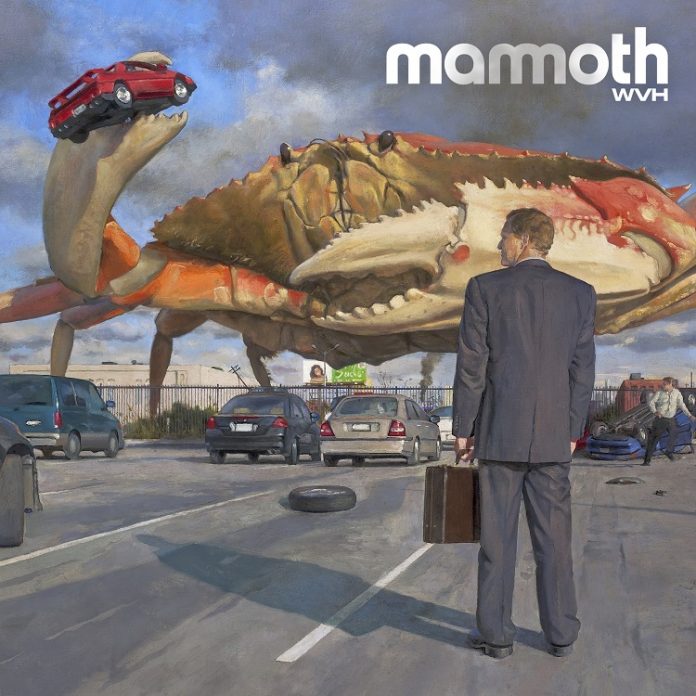 Let’s begin at the end. Or the first line of the ending song, to be accurate.

“I am so happy, you found a place, that’s better for you than the rock we’re living on”. Musically, to be honest, there’s a touch of the Goo Goo Dolls here, but that is sort of immaterial. It’s the words, in this case that matter.

Mammoth WVH is a band name for a solo project, and Wolfgang Van Halen is writing that  about his dad, but also for both of them, it seems, and its delivered with a particular poignance.

If we spool (if such a thing is possible in the digital age?) back an hour or so, the debut album kicks off with “Mr. Ed” and all references aside, this doesn’t sound much like Van Halen at all. And for that more than anything else, I’d venture, that WVH deserves massive credit.

Simply put, the opener is hard rock, in a way that few things are these days. This is not post this or core that, this quite honestly, is a crackling rock song.

The guitar is fabulous, but before we start thinking that the kid who “316” is about learned at the feet of the old man, he didn’t. As he puts it himself, “I asked my dad to teach me and he’d start being Eddie Van Halen.”

Wolfgang, then, is doing his own thing. Working with Michael “Elvis” Baskette proved a masterstroke, and you can take his work with Slash as a reference here, actually. The same big, polished, thundering rock songs. “Horribly Right” is an absolute belter, but it reminds of Stone Temple Pilots rather than anything else.

“Epiphany” is a proper, swaggering rocker – the bass groove here would make Royal Blood jealous – while there’s a hard edge to “Don’t Back Down” that suggests a) WVH is prepared to kick down doors to get what he wants and b) you’d best not stand in his way.

Its worth underlining when the ballad “Resolve” hits, with all its AIC flavours, that Van Halen played every single thing here himself. “You’ll Be The One” stomps and like many of them, seems designed to be played live, while the title track is a radio rocker, the likes of Stereophonics might be proud of.

The de facto title track is a ballad, but another which owes a little to Cantrell, especially in the harmonies, and if the “Big Picture” is a slice of uniquely US sounding rock, its better than the obvious peers.

14 songs is lengthy these days of course, but this is notable, perhaps for having no real dips. Instead, there’s just plenty of light and shade. “Think It Over” does the mid paced melody thing, a little like Jimmy Eat World, while there’s just an air of threat about the fabulous “You’re To Blame” that perhaps recalls Audioslave.

Indeed, one of the deep cuts, as it were, is one of the true highlights. The angular riffing of “Feel”, which like nearly everything here has a hook that you can hang your coat on so big is it, plus, you know it will turn into a jam when its played live.

The longest song here, “Stone” is more “grunge” than maybe anyone considered, and that seems to have been the point throughout. Indeed, if some of the names of references that spring to mind are not what you might have thought, then the truth is, no one knew what to expect, did they? Eddie’s boy he might be – and rightly proud of that he is too – but “Mammoth WVH” is the sound of someone finding their own voice and with it, their place in the world.