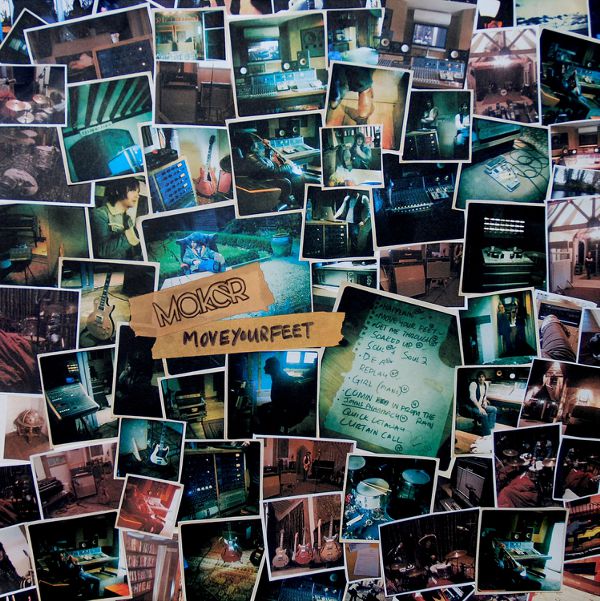 Bands that have supported Ocean Colour Scene and Pete Doherty, it’s fair to say, are not regulars on these pages. That said, when the band is as good as Maker, we’ll make an exception.

The Kent four piece have honed their skills on the road over the last few years, and “Move Your Feet” is their debut foray into recorded work.

The title track is aptly named too, given that it is basically impossible not to be tapping something –  and wiggling what you’re not tapping –  by the end.

A barroom stomp with a dollop of funk and sass, it is the work of men who know exactly what they want  to sound like and where they want to go.

Singer Allessandro Marinelli has, let’s be honest about this, more than a touch of Chris Robinson about him, and nowhere is this better shown on than on the album highlight, “Dead Ends And Avenues” – which combines some loose limbed Keith Richards guitar from Andrew Donaldson with some superb Hammond Organ.

“Happening” desperately wants to be born before it was (a feeling that MV knows well) transporting itself to the late 1960s on the back of some glorious and gleeful fuzzy licks, and the strident beginning to the soul-tinged “Quick Getaway” shows the confidence with which this is infused.

The five tracker ends by taking itself into a different place altogether. “Get Me Through” is shot through with a touch of the West Coast sound belonging to the Byrds, but knows its way around the Allman Brothers back catalogue too.

So many bands are looking to the past to forge their own future these days that you have to be as good as this to make a breakthrough. As to how good this is, allow MV to take you back to 1990. We didn’t know The Stones, Humble Pie, The Faces and all the bands we now love, but we did know The Quireboys and The Black Crowes.

Some 15 year old kid, somewhere is going to begin that journey themselves, but with “Move Your Feet” as the catalyst.