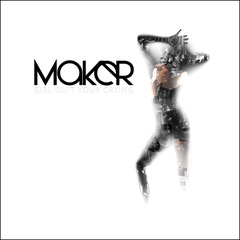 Second EP proves the first was no fluke

Back in the spring, an EP from a band based in the South East landed in the inbox. We’ll not lie here, we hadn’t heard of Maker before it arrived, but dear me we knew of them by the time we’d listened to it a few times.

Getting very excited about its “glorious and gleeful fuzzy licks” we furthermore suggested that some kid somewhere would begin a journey back to the greats of the past as a direct result of listening to it.

All of which was true then and still is now, but clearly Maker don’t want to let the grass grow under their dancing feet. Barely five months after the original EP they are back with a second.

“Girl Quit Your Crying” comprises three songs recorded at Rockfield Studio with Nick Brine, who has worked with amongst others The Darkness, Oasis, Ash and Seasick Steve, and two demos from Ranscombe Studios.

There is always the worry, of course, as to whether a young band can pull it off twice, so it is worth saying from the outset that “…Crying” proves the debut is no accident, while adding some more colour to their already mighty palette.

The title track finds a Faces groove and whilst the vocal delivery of Allessandro Marinelli still owes much to Chris Robinson, this one is from The Black Crowes more epic, “Southern Harmony And Musical Companion” end. To call the song enormous rather does the word a disservice, but that really does explain perhaps, the intentions here at least.

“So Serene” possesses a more soulful bent, but there is still something a little bit sleazy about its guitar lick. “Are You Watching Me” walks a slightly different, Deep Purple infused path, but whatever Maker do it is absolutely shot through with a class that most bands of their vintage do not have.

The two demos are perhaps more raw, but “Lose It On The Second Turn” is what bar room rock n roll sounds like when its done by the best, while “Stop My Heart Dead” uses its keyboards in a quite brilliant way.

Maker are going to make it and that, you will agree when you hear this EP, is not opinion. It is stone cold fact.