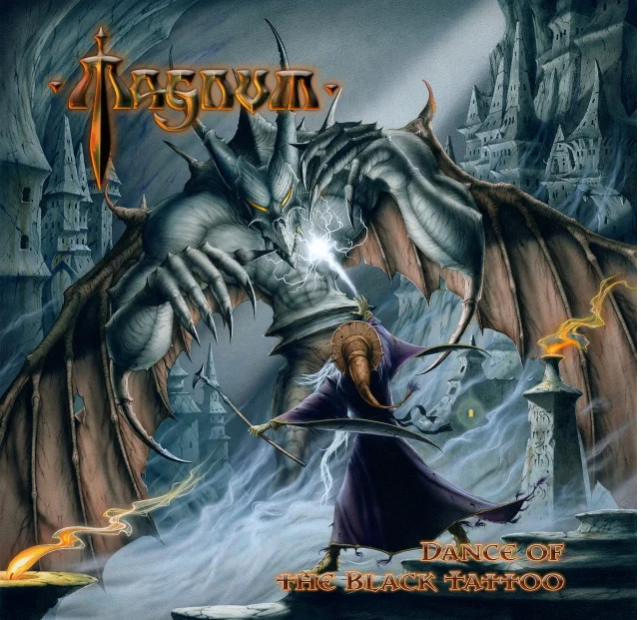 Back in 2017, Magnum released a record that showcased their ballads. Not a best of as such, “Valley Of Tears” was a collection of live songs, rarities and remastered things.

It was always going to happen I suppose, that the yin to that yang was going to get the same treatment. “Dance Of The Black Tattoo” is a collection of the rockier ones, if you will, and it really does show the band at their very best.

Magnum are, surely, one of the more original outfits that these shores have ever had. They have just done their own thing for decade after decade and perhaps haven’t got the recognition that their brilliance deserves.

Whether this collection changes that is a moot point, and probably not is the answer. But for the faithful – and there are many , many of them (I count myself proudly amongst them) this is a particularly interesting collection of rarities and live versions of some brilliant songs.

Some you know. “On A Storytellers Night” is a classic and there’s a few “Radio Edits” of some of the superb songs they have in their catalogue (not least of these is the wonderful “On A Christmas Day” single they put out a little while ago.

But it’s the live and unreleased songs that the fans will naturally gravitate towards. The album’s opening two tracks “Black Skies” and “Freedom Day” are, perhaps a little more to the point than the usual rather ambiguous poetry written by the bands incomparable Tony Clarkin.

It needs saying, though, that they are a lot heavier than they are often given credit for. Check out the genuine metal strains of the opener. It’s just they mix things so well.

So it is that “All My Bridges” has the air of a 70s pomp rocker about it, and “Dance Of The Black Tattoo” is one of the best things here, and as disparate as this all is, it still has the coherent “Magnum” thread running through it all.

One of the most interesting to me on a personal level, is “Born To Be King”, which has only previously appeared on the vinyl version of “Goodnight LA” (the first Magnum record I ever bought) and it would have been a worthy addition to the album.

The mid-paced confidence of “Phantom Of Paradise Circus” – which adds some acoustic guitar – is a real find too, and the real darkness of “No God Or Saviour” (which like “…Circus” has only appeared on the bonus for “Sacred Blood: Divine Lies”) only underlines how many great songs Clarkin pens for Bob Catley to sing – and they really are one of the great double acts.

And it’s the fact that this doesn’t just go for the “Hits” that is so impressive. “Twelve Men Wise And Just”  and the keyboard driven “Show Me Your Hands” might have slid under the radar a little in the canon, perhaps. They get their moment here.

That’s the point, and more than with most bands, it feels that Magnum are just as in charge of their past as their future. “Dance Of The Black Tattoo” really, is just a celebration of that.