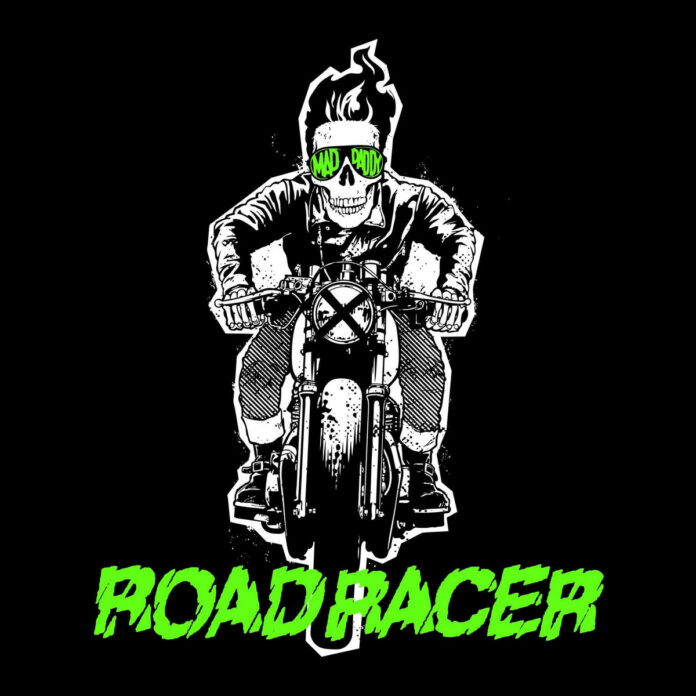 I don’t recall ever reviewing a band from the Isle Of Man before. “Road Racer” is the type of thing that on one hand makes me want to move to Douglas tomorrow, while simultaneously being very scared indeed.

There are times when you think a band might be not revealing themselves fully, with these four mad Manx, you reckon you’ve got them nailed in about 10 seconds.

Essentially, they’ve decided that what dirty, greasy, garage punk needs is bluesy harmonica. And who are we to disagree. Dolyn Clucas-Morris parps away and there’s the sort of riffs to make Zeke blush. If you’ve ever wanted to be in a biker gang (and lets be honest the Isle Of Man is as good a place as any!) then strap yourselves in.

The title track raises the chequered flag and away we go. It sounds filthy. The sort of thing where you’re certain there’s debauchery going on but are a little too frightened to check. Just scream “Go Road Racer!” and look like you belong.

“Be Bad” (opening line: “I got some real good news, no on gives a fuck about you”) struts about like Jon Spencer  – and probably gives him a kicking, while “Here To Stay”,  is built around a bass groove from Elvis Palooka (and you don’t know how much I want that to be his real name) which thunders. It also asserts that  “rock n roll is here to stay, cos there’s always going to be freaks like me.”

True. And as long as it sounds as nasty, filthy and furious as this then it’ll never die. “Road Racer” is soaked in oil , as greasy as KFC and a damn sight tastier than a bucket. That all being said, if Mad Daddy moved in next door, you’d probably think about putting your house on the market.