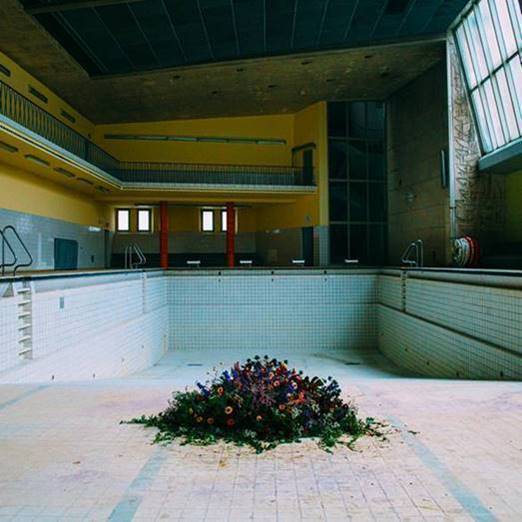 I must admit most poetry passes me by, but I do confess to owning a few books of prose by WB Yeats, Seamus Heaney, Pat Ingoldsby, Roger McGough, and Percy Bysshe Shelley.

I have listened to Roger Robinson on radio and bought albums and saw live both Linton Kwesi Johnson and fellow Brummie Benjamin Zephaniah. UK Poet Laureate Simon Armitage presented a series on radio 4 called `The poet Laureate has gone to his shed` and I managed to catch a couple of them, when he was joined by Kate Tempest and Jackie Kay. So, when I saw that he had joined up with multi-instrumentalist and producer Patrick Pearson and singer songwriter Richard Walters to form LYR (Land Yacht Regatta) and had an album “Call in the Crash Team” it was just the sort of thing to spike my interest.

The opening track `The First Time` is a reflection on a romantic relationship although long over, the narrator can`t seem to accept the situation and still brings their partner`s name to mind. The desolate piano tinges and synth swatches along with Simon`s recital with almost a hint of angst really highlights the pain still felt. `Zodiac T-Shirt` a song which seems to cover simple everyday life observations such as bendy buses, spilt ice cream, dried out reservoirs and drinking in the park takes on a bleak quite isolated feel with sparse piano and additional ghostly harmonies adding to the feeling of solitude.

`Never Good With Horses` is a depiction of disappointment in a relationship, narrated from a female perspective, describing her disenchantment with a partner who exhibits traditional male characteristics of insensitivity and a lack of empathy. The minimal piano and wistful strings, with additional sung refrains from Walters add to the feeling of despondency. It took a few plays of `Urban Myth #91` before I changed from disliking it to quite enjoying it. The lyrics seem like a disparaging look at regular people associated with our highways and byways such as lorry drivers, sales reps, traffic cops and close circuit television operators.

There`s a continuous chorus of “central reservation man, tramping Britain`s middle lane, between the triple carriageways, tightrope walking the thin line between the barricades” shared continuously during this piece which has a compelling drum machine beat almost mimicking the sound of a car heading at speed down the motorway and piano twinges played obliquely throughout.

There`s a combination of clanging strings and tapped drum rim hit in sync throughout `Adam’s Apple` seemingly about an elderly couple preparing for an event such as a funeral.

Some angelic harmonic arias build to overcome the lyrics with a church like organ sound bringing this quite celestial offering to a close. At just under a minute long `Product Testing` seems a throwaway piece that reminded me of the science and technology series Tomorrow`s World.

`Great Coat` tells the story of a fictional character, escaping the clutches of a dangerous familial situation and being reminded of this time when revisiting their ancestral home which is now derelict. A great coat being an analogy of the symbol of the oppressor. We have a minimal electronic beat throughout which seems to underpin this dark memory. Inspiration for `33 1/3` is drawn from a truly tragic moment in musical history for Simon, the sudden and heart-breaking passing of Joy Division lead singer, Ian Curtis. The sparse backing and quite detached oration of the lyrics adds to the feeling of distress and loss.

I really wasn`t sure what to make of `The National Trust Range Of Paints Colour Card.` There are twenty National Trust derived colour shades and some get a mention but there`s also references to poverty and a children`s nursery song, maybe a comparison that`s too deep for me. A languid piano accompanied this oblique tale. The oddly titled `The Quick Brown Fox Jumps Over The Lazy Dog` an English language pangram or a sentence that contains all of the letters of the alphabet wouldn`t lead you to expect a list of things that weigh less than 100 grams. This amusing tale of items including bottle tops, vintage erasers, old postage stamps, plectrums, neckties and much more does mention the title when a display of deformed plastic soldiers spells out the letters in an issue of the online publication, dedicated to collectable ephemera. The narrator becomes disillusioned and composes their own list. The supplementary music begins remotely but build to a powerful crescendo.

The album closes with `Leaves On The Line` a reference to the old railway adage as to why trains are cancelled. It`s probably the most accessible musically with grandiose synth and seemingly Richard taking the lead with Simon`s narration delivered serenely in the background,

Every track is written by Simon from the perspective of a fictional character dealing with different moments of crisis and the music has been described as “electronica, ambient, spoken word”, which I have to say is a fairly succinct description. I couldn`t quite work out all of the predicaments shared throughout but I have to say these interpretations were quite thought provoking with the music allowing some of the more difficult topics to be presented in a much more accessible format. I`m sure this hybrid of styles could open up poetry to a much wider audience.