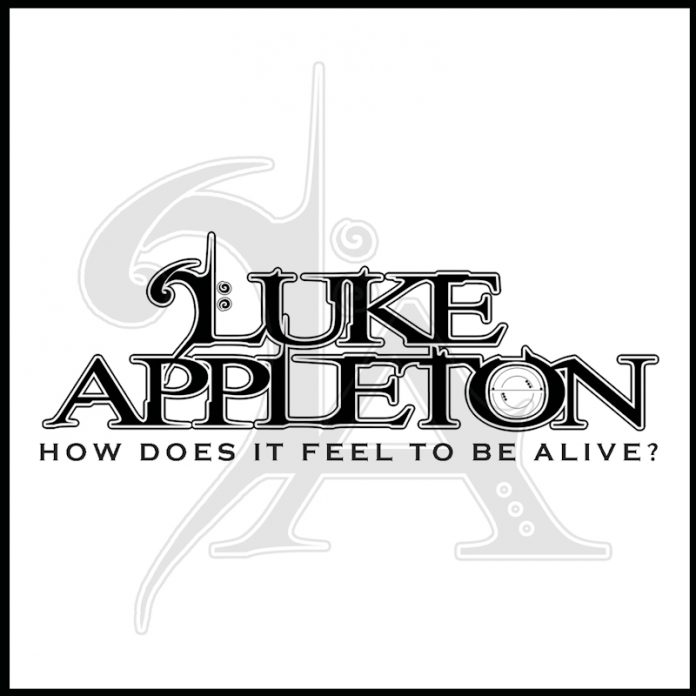 One of metal’s busiest men fills his spare time too

Better known these days as bassist for one of metal’s most enduring behemoth’s, Iced Earth, Luke Appleton is one of the most active men in the genre.

In between working with Absolva (the band his brother, Chris, started when Luke originally left their forerunner, Fury UK for the Iced boys) they also double up as the backing group for Blaze Bayley, with Luke joining when the day job allows.

It turns out the Mancunian has no time for spare time at all, given that in between all this he’s popped into the Appleton home studio to record this four tracker. Indeed, in many ways, he is following his sibling in the endeavour, although it is not a full-length album like the other Appleton (Producer and Engineer here) managed.

That doesn’t matter, however, because “How Does It Feel To Be Alive?“ is a quartet of tracks that prove beyond doubt that Appleton is an incredibly talented performer in his own right, not to mention a fine songwriter.

The title cut has an air of familiarity about it, primarily because it sounds pretty much like an Absolva or Fury UK song played acoustically. Autobiographical, it seems (“seeing all the world, experience takes me far. I feel like I have grown, into a life I call my own”, he sings at the start of the second verse) it is heavy metal played acoustically.

The same goes for the others too, actually. This is not the acoustics of Springsteen’s “Nebraska” or Johnny Cash, these are metal bangers, and they could switch on most easily. “Fear Is A Lie” shows Luke’s skill as a player, the “lead” parts are exquisite. “Three Eyed Crow”, with its slightly more grandiose intent would be perfect or the main day job in Jon Schaffer’s men and the last one “The Sound Of Liberty” pulls off the rare trick of sounding epic – which is hard to do when you’re just you and an acoustic guitar.

If he can ever find the time, it would be interesting to hear a full Luke Appleton record, for now, though these four are a fine start. Saying that “How Does It Feel To Be Alive?” is metal but not as you know it seems like a cliché, so how about we start the quiet metal revolution here instead?

Previous article
BAND OF THE DAY: WRONG
Next article
Yours Kindly, Frank