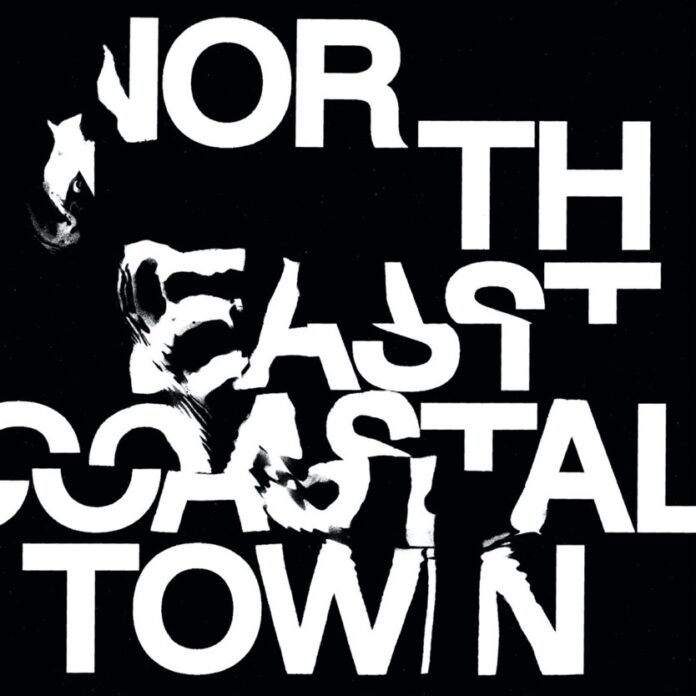 Life are a indie guitar quartet from Hull whose third album `North East Coastal Town` they have described as “our love letter to the city of Hull”. This is the place where LIFE’s members – singer Merrick (Mez) Sanders-Green, his brother Mick (guitarist), bassist Lydia Palmeira and drummer Stewart Baxter live and work and whose sense of community has long inspired their songs. The album is an ode to kinship and relationship with its musical and lyrical spine picking out themes of love, desire, beauty, horror, chaos, pride and most importantly the sense of belonging.

The record opens with `Friends Without Names` a kind of spoken / sung oration that becomes quite mesmeric with the “Friends Without Names” lyric shared with a sort of indifference which becomes almost chant like towards the end. The song is an examination of modern social interactions. We have in `Big Moon Lake` a number that races along with a real intensity or swagger that touches on everyday themes of missing out, numbness, drinking, smoking, and eating badly and generally wanting more for yourself in life.

`Incomplete` has a powerful driving underlying beat and is a delightfully melodic offering which will really draw you in, a tale of the frustrations of everyday life possibly. We have a song that craves for home with `Almost Home` a quite angular composition that jerks and shakes as it progresses with a vocal delivery that again is fairly dispassionate but relaying a sentiment that is diametrically opposed.

`Duck Egg Blue` has a percussive heartbeat with a continuous guitar riff and deep vocals not quite Nick Cave but nearer to Leonard Cohen which I found unerringly spellbinding. I read that it is a realist’s love song. The journey of trying to navigate through each other’s feelings and emotions, the strains of close quarters trapped in a tiny flat, the minutiae of everyday life. I thought that `Shipping Forecast` had a touch of Gang Of Four about it with grinding guitar riffs and vocals that switched between distant and bellowed.

`Poison` hurtles along with scorching, blistering, and crashing guitar chords with drums to match and vocals spat out or shrieking atop. There`s a kind of erratic jaunt with `Self Portrait` which this time seems like it`s hostility is more restrained.

`The Drug` has a captivating  funky vibe about it and refers to realising that loved ones and those that love you, no matter where you are, can always be present. A kind of love song according to the band. We have some compelling grungy guitar riffs that permeates `Our Love Is Growing` with vocals that are sprinkled throughout and veered from Jarvis Cocker to Ian Curtis as it evolves.

The album closes out with `All You Are` with a machine drum beat hat underpins the track which is shared at a sedate pace and wonderfully introspective. It has a synthy organ sound at times and feels quite hymnal or spiritual. A nice submission to round this record out.

There was much to enjoy on ` North East Coastal Town` and although there are many influences in its makeup, I have to say they are not a band to easily categorise. The album is a loving tribute or ode to their home city known for its distinctive white telephone boxes, the marvellous Humber Bridge and it`s connections with the poet Philip Larkin.

The band’s Mez Green notes, “Hull and the surrounding area runs through our DNA and has shaped us, weathered us, empowered us, embraced us, and made us feel accepted. “’North East Coastal Town’ is our love letter to the city.

If you`re weighing up a trip to Kingston upon Hull, Life and ` North East Coastal Town` are excuse enough to tempt you.