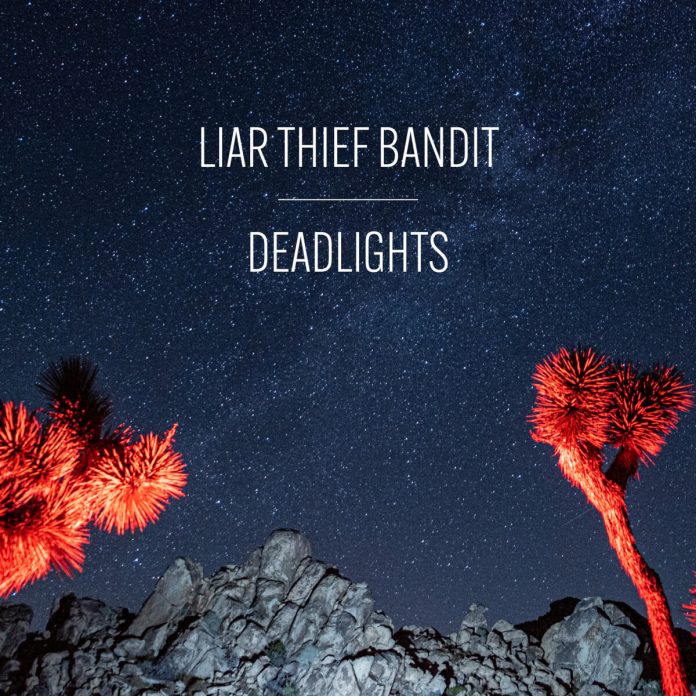 I feel I am amongst friends here, and I can tell you these things. So, dear reader, there have been times in 2021 when I have thought about packing MV in.

The hosting costs are mad, the time it takes, the hundreds of emails a day, the genuine feeling that I am letting people down if I don’t include their stuff. Well, sometimes it gets a bit much on top of a proper job and a desire to sometimes not be in front of a computer.

Then, the reason why I never close the inbox, no matter what the backlog of albums to review is (and with the 51 I never did in 2020 on top of the 455 I did it currently stands at 147). Because sometimes, a band comes along that I’ve never heard of and is so good that you just want to tell everyone about.

Which is my rather needy way of telling you that “Deadlights” is so far up my street that it might as well be called Andy’s Road.

They’re Swedish, they play rock n roll. There’s three of them. And in my world that’s just about enough to have me declaring undying love.

However, conventional reviews – which I accept this is not – demand that I am supposed to tell you a little something about Liar Thief Bandit, so here goes: they released a split single with Grande Royale once. And in the words of those social media wankers, if you know, you know.

If you don’t, though, here’s the thing. If you’ve ever listened to Backyard Babies and thought “oh crikey, I wish they’d infuse their sound with a bit more NWOBHM, then LTB are here, brother. They are ready.

There’s a moment in the title track when they let the solo loose and if you don’t remember why you loved music enough to start a website, you might as well give up, frankly.

Thing is, there’s another 11 of them. Some of them are even better. “Brand New Day” isn’t hiding its love for the same things you love, but it is better than most of them. “I am not saying I am leading the world to a revolution,” goes its hook and you can take that any way you want, just know that while you are thinking about it, “Good Enough” leaves you for dead.

On a record with so many highlights, then “Catch And Release” sounding like The Dandy Warhols “Bohemian Like You” with added cowbell is right up there, but “’Cept The Truth” is so much in debt to the Hellacopters that it is paying them in instalments, so that’s cool too.

That all being said, this time – about the fifth time today I’ve listened to the thing – I am picking “Limitations” as the best, solely because its chorus is built on the idea that “I would die for you, but not right now” and that is genius.

There’s about 50 riffs and solos on every song here, each one more low-slung than the last, “Feather” underlines that, but “I’ve Got A Lot Of Money Coming In” (which you hope is true) does a filthy bass instead.

This gets no ballad bonus points, too. There’s plenty of melody though, and “Forever The Optimist” might be a little more mid-paced, but it will still fight dirty. “Silver Tongue” imagines a world where Dio fronts Imperial State Electric and “Right From Wrong” struts about like a preening glam rocker.

Just when you think there’s nothing left to give, “Hindsight” adds a more punk edge, does a false ending and builds itself to a crescendo. All in the space of three and a half minutes.

One of the albums of the year – and in fact, if you were like me in the late 90s and the postman was delivering import singles from Scandinavia every day, it might be the best – “Deadlights” might not save rock n roll, but Liar Thief Bandit might have saved this website, which might not mean much to you, but…..