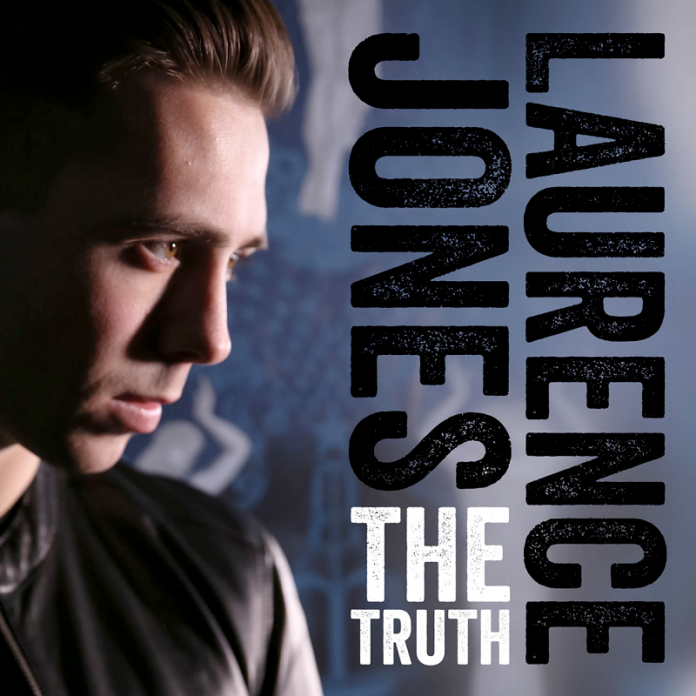 …On which Jones starts a new chapter

Away from doing this site MV has done the same job for 11 years, give or take.

So you’d best believe we get it totally when an artist prefaces a new album by saying that they wanted to change things up. Hell, as much as we love AC/DC, there must have been a time when Angus said to the boys, “come on lads let’s make a trip hop record.” OK, maybe not, but artistic exploration is to be applauded.

Imagine then, you are Laurence Jones. At the ripe old age of 25, you have been called the “future of the blues” for as long as you can remember, you’ve supported the likes of Status Quo, Gary Clark Jr, Kenny Wayne Shepherd, James Bay, Van Morrison, Buddy Guy, Robert Cray, Joe Bonamassa, Jools Holland, Eric Burdon, and many more. You’ve sold 50,000 copies of your four albums and you think, you know what? What else.

Opportunity has knocked in the form of being signed by a Grammy award winning US label, who flew the Midlander to the Caribbean for pre-production, then on to Miami to make the record with the head of Top Stop Music, Gregory Elias (himself a Grammy award winning producer) and have your vocals coached by Guianko Gomez (another one with Grammy’s to casually toss around).

It was a chance few will get, and Laurence Jones was never going to pass it up.

The result is “The Truth” a short ten song collection, that might have it’s roots in the blues to some extent, but has many other ambitions to fulfil.

It is an exceptionally polished piece of work. The opener “What Would You Do” sounds like a million dollars. It finds Jones in reflective mood, “who would you be?” he repeatedly questions. It’s not hard to draw the parallel that he is concerned himself and his place in the world.

He has openly said he wanted to write a “crossover” record, and with its piano from Bennett Holland there is a real pop groove about “Don’t Let Me Go”. If the opening pair of tracks have hinted that this is a very different Laurence Jones, then “Hold Me Close” confirms it, and moreover underlines it twice just for good measure. When listening to this track for the first time, the words “Maroon 5’s first album” kept going through the mind. You won’t recognise Jones here –  and that’s the point. “Keep Me Up All Night” keeps up the surprises. Shimmering, summery it could make him a chart star – and not on the blues list either.

Perhaps at its very best when it finds some kind of halfway house, between the old and the new if you will, “Give Me Your Time” chugs like the best pop rockers always have, and it is perhaps instructive that the title track might be underpinned by keyboard, but it is the solo that makes this special.

A feature of the album is the length of the songs. Many are under four minutes. One of the best of these is the gorgeous “Take Me” and its effortlessly cool solo is proof that when dealing with Jones you are dealing with an artist that could – and will – achieve anything he wants.

For all that “Gone Away” is a welcome bluesy stomp, and the superb “Can’t Go On Without You” has a taste of Free at their most laid back. “Never Good Enough” makes good on his stated aim of making the kind of record that Eric Clapton might have done. It carries on the vibe, certainly and if you were looking for the kind of self-doubt that informed the opening song here, then you wouldn’t have to search too far.

We can look at the effort of Jones’ fellow British Bluesers King King perhaps as the direct opposite of this. They took their sound to rockier waters with “Exile And Grace” last year. That wasn’t for Jones. He had other things to explore and full credit to him.

Music fans instinctively don’t like change. But look at it like this: when Dylan plugged in his guitar that night in Manchester someone shouted “Judas. Bob’s response was to yell “play loud” to the band and do what he pleased.  Some people don’t want to be constrained. This is the sound of a young man taking a brave – and perhaps necessary – step. That is “The Truth.”