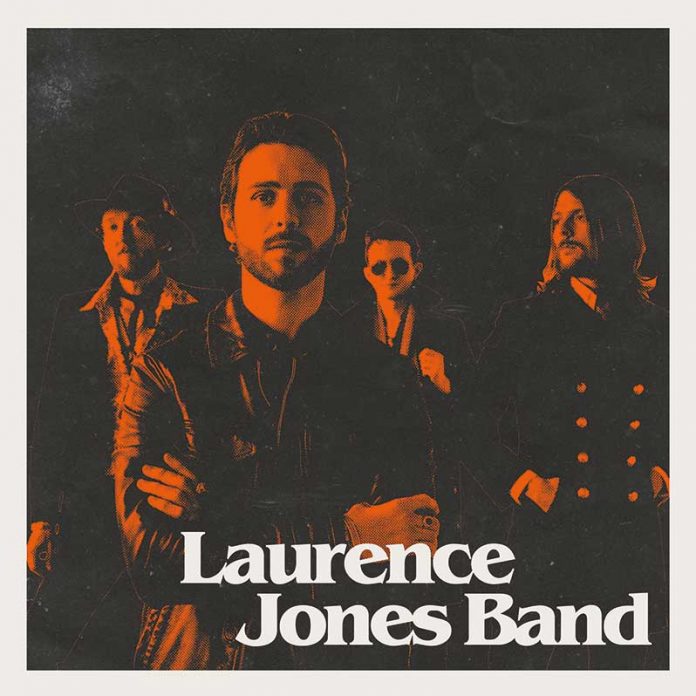 I can well remember the first time I saw Laurence Jones play. It was one of those “blimey, I’d best text my mates about this bloke” moments.

I’d gone to see Kenny Wayne Shepherd and there was a young local lad opening, he played a spellbinding set that night – and he fully justified his tag of “The Future Of The Blues”. The one that often got bandied about.

Whether that ever quite sat comfortably with him or not, only he’d know, but whatever, his records got progressively less blues as they went along and his last one “Tell The Truth” owed more to US Soul or pop than it did to whatever the hell happened down at the Crossroads between Robert Johnson and the Devil.

And what happens on “Laurence Jones Band” proves, essentially why he took the step he did.

The first record as The Laurence Jones Band, is sort of halfway inbetween “…..Truth” and what went before – and for the most part is just rollicking good rock n roll.

That it starts with a piano riff rather than a guitar one is telling, because Bennett Holland’s keys work is fundamental to everything that happens here and “Everything’s Gonna Be Alright” is a real uplifting start. To me it has a flavour of the Dandy Wahols classic “Bohemian Like You” and its soul-filled backing vocals give it a bit of a “Gimme Shelter” thing too. It is a brilliant opener, whichever way you look at it.

Like the last one, this collection was recorded in Miami and you can almost hear the warm tropical breeze on “Wipe Those Tears Dry”. But “….Band” has a harder edge than “….Truth” did and “I’m Waiting” which has a timeless, 1960s fuzzed up feel, is an example of what – and I am willing to bet that this will be played live when the band (and it is striking how much of a band thing this is) tours, because Jones reminds us all that whether he’s the future of the blues or not, he can still knock out a mean lick.

“Stay” continues in that timeless way, sounding like it was recorded in Muscle Shoals rather than Miami, and “Mistreated”, which follows, feels like a centrepiece. Jones himself says it is “my take on the blues” and there is a classic “woman done me wrong” thing going on, but it is a fabulous slice of music.

“Quite Like You” features Di Reed, backing singer to Rod Stewart, and she does a brilliant job. Clapton would be proud to call this one his own.

If the general feeling of the album is that it is a blues one again, then “Long Lonely Ride” is proof, built around an acoustic, it sounds like it was an outtake on “Exile On Main St”, and that’s kind of cool, really.

Even before I’d read the notes on the album, I’d listened to “Beautiful Place” and made a note that said “personal”. “Sometimes the longest road will lead you to a beautiful place,” he offers and it turns out it is dedicated to his mother, who has struggled with depression. The emotion is palpable here.

“Low Down” is more stomping, something from the British Invasion if you like, while a cover might seem an odd way to underline the creativity here, but the way they take on “Day Tripper” deserves praise.

“Heart Is On Fire” would have been better suited to the last record, and its pop strains feel a little incongruous here, for all that they are done well and the solo is catchy is hell, and the laid back nature continues with the big ballad “The Love”. In contrast to “…..Place”, this one doesn’t sound personal, it sounds like they wish it was. Whether anyone has that type of love, I don’t know, but it would make for a good first song at weddings, I guess.

Made by a band or not, the “The Laurence Jones Band” is a record that feels more a like a Laurence Jones record than “The Truth” did, and it is a confident, classy, work made by a still young man who is searching, maybe still, for exactly what he wants to be.

His legacy is growing though, and his body of work is to be envied.

Previous article
BAND OF THE DAY: EARTH MOVES
Next article
PLENTY TO CROW ABOUT