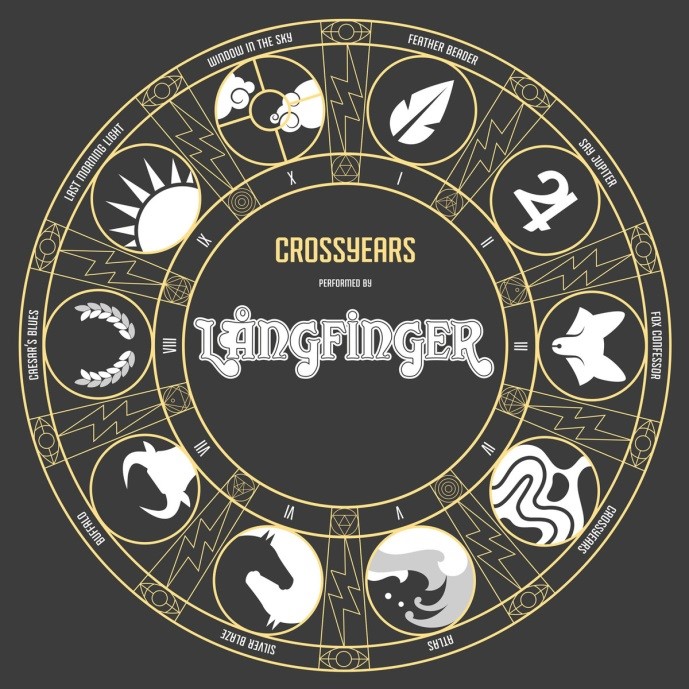 ‘Nothing gets my musical interest like an e-mail appearing in my inbox that mentions Sweden and Smallstone Records.  Sweden seems to have a plethora of like-minded guitar based rock bands that include Spiritual Beggars, Graveyard, Witchcraft, Blues Pills and Free Fall. Add to that others I’ve already reviewed for this site including Gin Lady and Wheel In The Sky and Sweden seems to be the place to be. Add Smallstone Records to the mix as one of the best labels for finding out quality blues-based rock and Captain Crimson found themselves playing on my PC pretty quickly’.

Yes I know that’s the opening paragraph from my review of the Captain Crimson album ‘Rewind’ that I did back in 2016. Well guess what; exactly the same applies to this album from Gothenburg band Langfinger.

This hard-hitting power trio have released two previous albums in 2010 and 2012. This one started taking shape in 2014 but it was not completed until the end of 2015. It was subsequently picked up by US label Smallstone Records and saw an international release in 2016.

Opening track ‘Feather Beader’ is a little bit Soundgarden, a little bit Wishbone Ash – a strange mixture I know but it works really well. ‘Say Jupiter’ emphasises the ‘power’ bit of ‘power trio’ and has hints of 60’s era Who. When Dave Grohl hears ‘Fox Confessor’ he may be wondering when he wrote it and why he gave it away. The title track is a little less frantic and would be at home on a QOTSA record and that is followed by the albums stand-out song, ‘Atlas’. This 7 minute epic is brilliant and as well as having a big hint of the previously mentioned Wishbone Ash, they add a bit of Prog to the mix – it’s their ‘Phoenix’ which is praise indeed.  ‘Silver Blaze’ is a more straightforward rock song and this is followed by ‘Buffalo’, which for me is another stand-out song with its strong 60’s influence. ‘Caesar’s Blues’ riffs away, ‘Last Morning Light’ is one of the longer tracks which starts off quietly, almost ‘Bridge Of Sighs’ like. This changes at the two minute mark to a traditional up-tempo rock song before the album closes out with ‘Window In The Sky’.

‘Crossyears’ is not a heavy rock record in the traditional sense. More it’s taken the influences of four decades to produce a guitar based hybrid that is always easy on the ear but with enough riffing to keep the typical rock fan happy. It’s a good album that is worth checking out.

The album is out now.