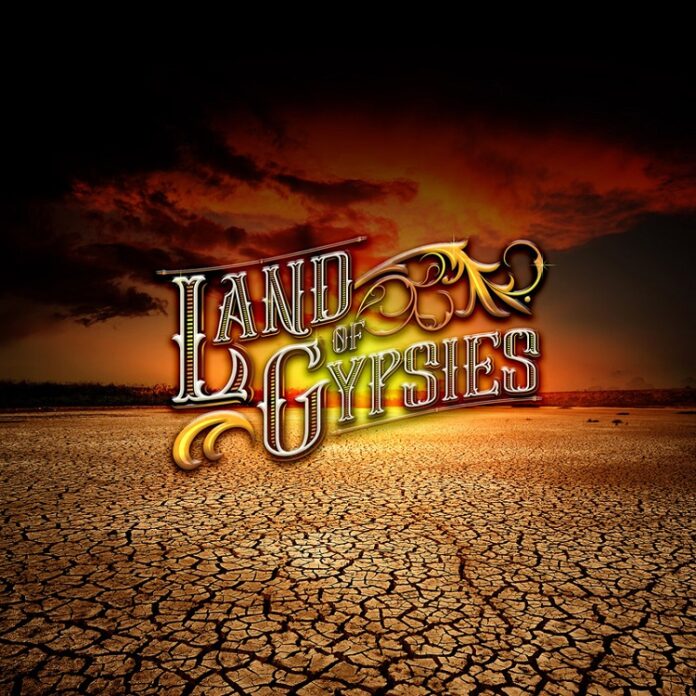 Let’s get straight to this, shall we? Land of Gypsies is basically what Supersonic Blues Machine do when they aren’t on the road. OK not quite and I am being a little simplistic, but two of them – the brilliant bassist Fabrizio Grossi and Serge Simic on guitar  – are here and that sort of underpins the album.

They were once known as Gang Of Souls and its fair to say there’s a bit of a feel of a bond about this, their debut.

The band draw comparisons with early Foreigner. That’s a problem, to MV, given that “I Want To Know What Love Is” is hands down the worst rock song ever made. And I still remember with terror the moment when I’d gone to see them live (I liked the supports and thought I’d best stay) when the singer suggested we hugged the person next to us at Wolves Civic Hall. Thankfully the bloke in the next seat had as much disdain for such nonsense as I did and arms were resolutely folded.

Now, I might be a philistine, but LOG sound like Whitesnake or The Dead Daisies to me, with a bit of Led Zep chucked about and the melody of FM. You hear what you want, but I am writing this….

Of course, its true to say that whether its Steve Overland, Glenn Hughes or David Coverdale (when he could still carry a tune) that this type of music lives and dies with its singer and these Gypsies have got a cracker.

Terry Ilous had a go in Great White, but he’s just great here full stop. “Believe” the opener is almost like a showcase for them all, a marker, and if you aren’t on board with it from here, then in truth you aren’t going to be. “Why can’t you believe, love is going to win” goes the hook (the cynical among us might say because it never does and loses to the pursuit of money, but I might have got the wrong review for that digression).

Elsewhere, this is confident, classy stuff, “Shattered” has a groove so thick it could be a submarine door, and “Trouble” if this band ever plays live, is surely made for hands above the head clapping.

The overriding sense in all of this, though is simple. This is a collection of superb musicians playing some really superb songs. The bluesy “Give Me Love” is full of harmony, and if in truth, the words here aren’t going to win a Nobel Prize, then not everything has to be Bob Dylan.

These songs just sound massive (and I am reaching here for an adjective that is bigger than massive) “Somewhere Down The Line” just explodes into its chorus like you kind of knew it was going to, and there’s even a big tear-jerker of an acoustic tinged ballad. “Rescue Me”  – the one I’d swear if Coverdale heard it would end up on the new Whitesnake record – is a belter of a thing, but they deftly switch gear and special mention to Eric Ragno, who’s work on various keyboard type things is stellar throughout, it’s especially so on “Not An Ordinary Man”.

“Runaway” (disappointingly not a Bon Jovi cover) works to something like a crescendo, and the solo is brilliant, frankly. Make no mistake, they’ve got the build slowly, explode into a chorus thing down. “Long Summer Day” would – if there was any such thing these days – be a hit radio single. There’s something of “In These Arms” era Jovi about it, and “Rambling Man” – essentially a shagging song wrapped around some Bad Company riffs – it gets bonus points for cheerfully rhyming “loving” with “push comes to shoving” – and the double guitar solo is sure to get Thin Lizzy fans digging out their copies of “Jailbreak”, and if the last one “Get It Right” sees no reason to change things then why should it? The formula here has worked throughout.

Land Of Gypsies, you imagine when they got together, dreamt of making exactly the sort of record they’ve made here. And credit to them for that.