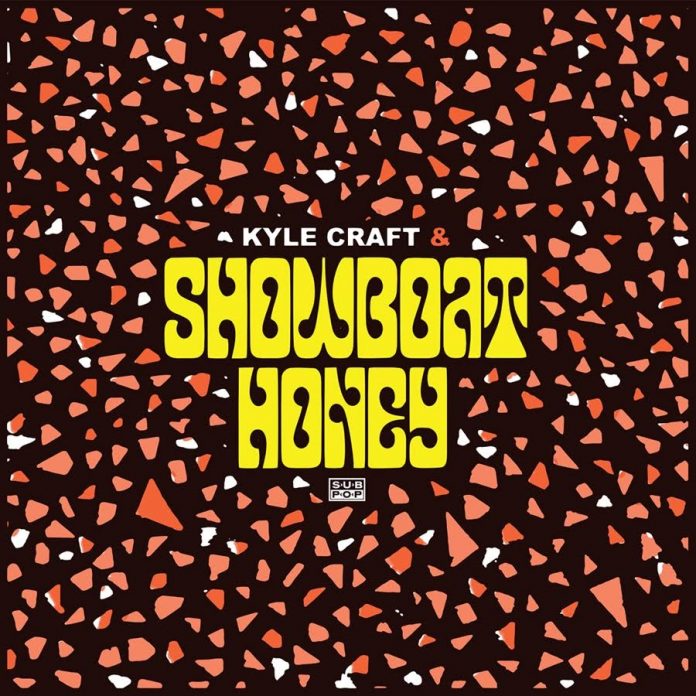 Whenever I read biographies of 70s rock stars – and I’ve read a lot over the years – I am always struck by how many albums they seemed to release.

These days your favourite bands seem to manage about one every three years, back then, crikey. One a year, maybe more.

Early last year I reviewed a record by Kyle Craft. A singer/songwriter from Louisiana, “Full Circle Nightmare” was brilliant too (I think I ended the review with a dreadful pun about it being “superbly crafted” but don’t hate me). Not much more than 16 months later he’s back.

Maybe it is because his sound isn’t exactly “modern” that he revels in the studio graft of the greats of yesteryear. More likely, though, it is that he is, as he puts it: “off the grid”.

When you do your own thing it is surprising how little it has to do with what goes on in the wider world, and there is a bit of that here on “Showboat Honey”.

The album takes its name from the backing band that Craft has, and the fact that it has solidified into more of a group affair is one of a couple of things that has changed here.

One of the others is the feel of the songs is a touch different from “…Nightmare” more character based, perhaps, a little shadier, and less immediate. Most definitely less immediate.

A couple of listens in, however, the likes of the pulsing, almost slinky “Broken Mirror Pose”, start to beguile. Sounding like something that is still doing acid at the original Woodstock and not just because of its line “you knew the trip you were on…..” there is a psychedelic nature to this, and together with Craft’s distinctive voice, it is effective.

“O Lucky Hand” has a bit of a southern rock thing going on, harmonica, and all the rest. Recalling all the Josh Rouse songs that I loved from his early days, but Craft does things with an odd twist. This time it is the harmonies, and the guitar line is more strident too.

If he sounds like he’s chilling in places, that isn’t the case on “2 Ugly 4 NY” which is the most overt rock n roll strutter around and Kevin Clark’s keys work is mighty here, to give this a bit of an Elton John in the 1970s flourish.

“Blackhole/Joyride” is more soul-filled, and as if to prove how many strands there is to this, then the acoustic and claustrophobic “Bed Of Needles #2” takes this into a different place altogether. “Deathwish Blue” on which Craft plays all the instruments himself, is strangely grandiose, floating in on the back of some real lush strings.

“Blood In The Water” is  71 seconds of fragility. “if there’s blood in the water, don’t jump, but you went diving in” seems to represent the ethos of a singer that has always – and is proud to have – done things in his own way, and “Buzzkill Caterwaul” which follows it immediately is 70s arena rock updated and arguably the best thing this has to offer.

“Sunday Driver” all laid back and West Coast, runs it close, and nowhere is the darkness in these characters better shown than on “Johnny (Free And Easy)” and no doubt, Craft would claim that the story about a drug filled swingers party in the Hollywood Hills was entirely fictitious, right, Kyle?

“She’s Lilly Riptide” finishes this a little like The Rolling Stones being country, “life’s hard being a lush” says the lyrics, but to be fair, it doesn’t sound too upset about it. And special mention here too, for the superb guitar work of Jeremy Kale. He’s in fine form throughout, but never better than he is here.

The same goes for the rest of Showboat Honey, too. They ensure the album that they give a name too is just as good as the one last year. And no doubt the one next year will be just the same.

They are all….masters of the craft.