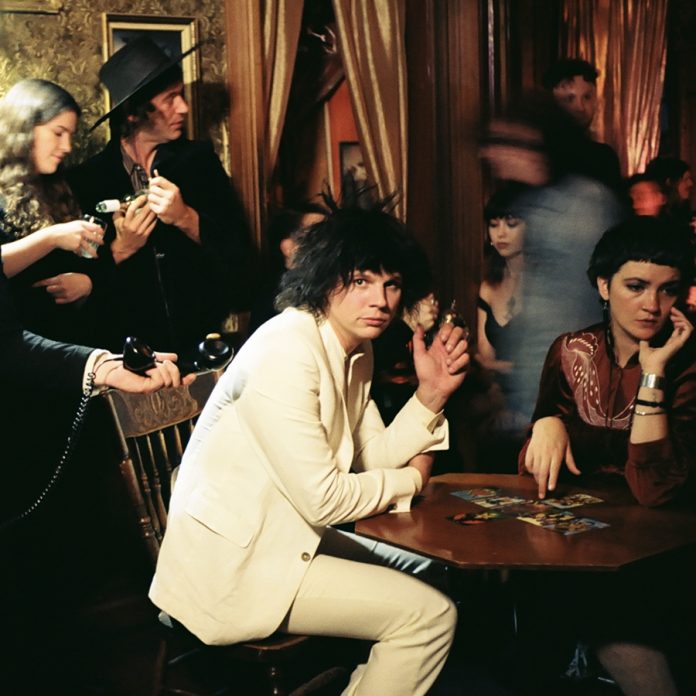 Kyle Craft is one of those artists for whom it is all about the music. Shooter Jennings put it best on “Outlaw You”, his excoriation of the fakers: “You say you’re an outlaw with your perfect boots,” he snarls. “That you got from your record label’s image group”. No such nonsense here on Craft’s second record in three years (in between he recorded a collection of covers of female artists just because…).

The cover of this record showcases, perhaps, a man out of his time, a man probably who couldn’t tell you what the number one record was right now. He probably wouldn’t care either to be honest. By his own admission, he’s “off the grid”.

Even his career (and it is meant as a great compliment to Craft that he is unlikely to think of his music in those terms) had an odd trajectory. He marched up to the Sub Pop offices in Seattle (he’s from Louisiana so it was a bit of a jaunt) with his then bands demo. The chutzpah paid off too, they got their deal. Split up, then he went solo.

Which brings us – just about – up to date to “Full Circle Nightmare” a ten-track collection that has just about as much to do with modern trends as it does with astro physics.

Instead, it inhabits a world in the early 1970s where Elton John can jam with Mott The Hoople, T-Rex and bring in some Dylan-esque flourishes along the way.

Recorded in a studio because “it’s what my heroes did”, “…Nightmare” starts with the producer saying “rolling” and then allows us a glimpse into a long-lost sound. Banging his piano like Captain Fantastic, “Fever Dream Girl” struts, it also has a guitar solo that soars just for fun before its done.

The title track comes in with a full on glam sheen and a touch of Bowie, but the gleeful sound is juxtaposed superbly with lyrics of genuine sadness. “Heartbreak Junky” gets bonus points, for having a Creedence Clearwater Revival guitar line and Southside Johnny horns.

“The Rager” is a perfect example of Craft’s earnest delivery, and whilst it might be initially dreamy acoustics, it morphs into something quite different, as well as having a real dark heart if you peel away its layers.

The country flavoured “Exile Rag” builds to quite the crescendo, while “Belmont (One Trick Pony)” is a funky, strutting rocker, preening away desperate for your attention. Craft most certainly isn’t a one trick pony, though, and there’s a real feeling that he could do whatever he fancied.

The gentle, sun drenched “Slick And Delta Queen” is like The Kinks at their most dreamy, while “Fake Magic Angel” will happily take you back to the summer of love at a moments notice.

It is striking that whatever it does and wherever it goes, the album has a skill and honesty. With its harmonica touches “Bridge City Rose” has hints of classic folk troubadours of yore, while if the opener had a longing for Elton, then it ends like that too. “Gold Calf Moan” has a bit of that going on, but it owes just as much to the Phil Spector Wall Of Sound.

It doesn’t sound like a record from 2018. It’s not supposed to. Instead “Full Circle Nightmare” is the sound of a man fulfilling his dreams. It is, appropriately enough, superbly crafted.