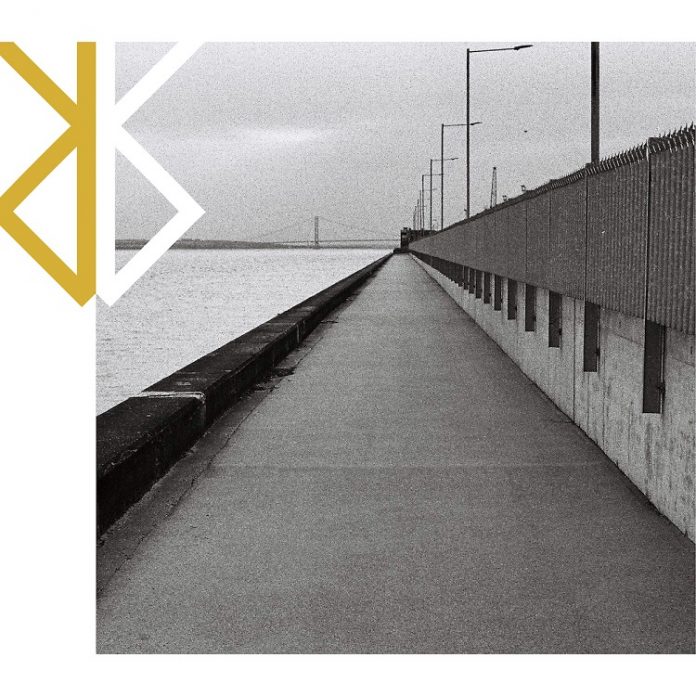 Knomad Spock (Samatar `Sam` Elmi) is a British/Somali mixed-race poet, rapper, and neofolk singer-songwriter. Born and raised in Hull and now residing in Cardiff he has travelled extensively but has never forgotten his roots. His dual-heritage has affected his life “in more ways than I will ever be able to express”, feeling alienated from both the UK and from Somalia, and yet at the same time intimately involved as an observer. His debut album ` Winter Of Discontent` is out this month with songs that make up the spine of the album written over a period of ten years, during periods working in the Middle East, Muay Thai boxing training in Thailand, joining a Sufi Order in East Africa, learning Spanish in Andalucía, and moving between Hull, Cardiff, London, and Bristol in the interim. The making of the album found the artist drawn to producer Jamie Smith at St Mary’s Space studio on the Isle Of Lismore in Scotland. Struggling with work-based stress and loneliness, at a strange juncture in his life, Spock had spent most of 2019 feeling disconnected and estranged. There he met Jamie Smith a classically trained musician, they connected, and the album was completed in just four days, with Smith adding guitar, mandolin, autoharp, percussion, bass, and drums. He also mixed the recording and aided in its arrangements and production.

The album opens with `Papillon` a quite serene number that is very gentle and has such a vulnerability about it. There`s a tapped drum rim and drum beat that accompanies a quietly picked guitar and vocals that are so softly shared it takes some considerable concentration to hear them. The lyrics seem to be quite introspective and seem to relay to the insecurity of life and all it offers. We have a much more upbeat offering with `Gift` which again is quite stripped back but is led by a delightful mandolin which complements the strummed guitar throughout this piece. The lyrics seem to be a confession to a partner that they recognise their shortcomings and hope to alter them.

`Egypt` is a real dreamy composition. It does have a repeated drum roll / beat and some churning guitar riffs that allows the intense vocals to shimmer atop. There sems to be a distorted brass or horn sound towards the end of the track. There`s a return to a kind of passionate melancholy with `Spirit Level` which has some quite odd a cappella harmonies from midway through to the end of the song.

`Know` is a very impassioned number and needs all of your concerted effort to listen to as it`s seems to be a very deep and personnel submission. The vocals are quite hypnotic and are shared over various instruments as the song progresses with distant percussion, twinkling piano keys and string like arrangements. There`s also is a section midway that has a whispered homily. We have a brief musical instrumental interlude with the ambient `Sensei Sean`.

`Lost Souls` has an almost spiritual chant like vibe with a quite mesmerising tranquil rhythm, intricately teased guitar chords and unobtrusive oral articulations. We are thrown almost a curved ball with `Poles` where the vocals come alive to a folky anthemic melody before it slows down and becomes more contemplative and reflects on the narrator`s experience of hostility, isolation, and alienation against an eclectic musical soundscape.

`Ballad` reflects somebody questioning whether they will be accepted despite their imperfections and their mental state due to traumas they`ve experienced, suffered and are still reliving. It begins peacefully but builds as possibly a reflection on the anxiety felt with the subject matter it recalls. This release closes with `Maps` which opens with birdsong before a piano constructs a base for the singer to convey a spoken word oration on quite possibly some mental health issues that have affected him and some ways that maybe he has tried in order to deal with them.

I have to say Knomad Spock`s ` Winter Of Discontent` is a joy to behold. We have several wonderfully emotive, impassioned, poignant, and reflective, almost soul searching tracks shared through some quite captivating musical arrangements. It was hard to believe that this was his debut album release. If you`re a fan of lo-fi, folk artists such as Nick Drake, Elliot Smith, Matthew Jay, and Jeff Buckley, then you`ll love Knomad Spock.