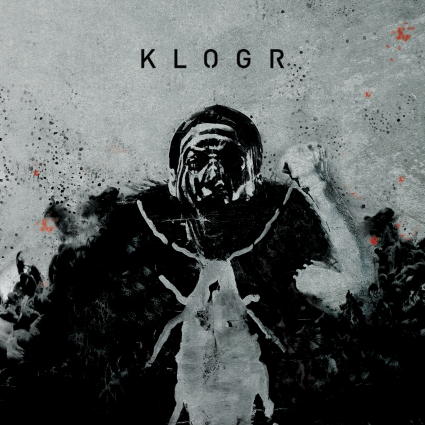 The key to success?

Klogr (pronounced Key-Log-Are) follow tours/live shows with the likes of Prong and Limp Bizkit with ‘Keystone’, essentially their third studio album (their previous release ‘Make Your Stand’ was an EP coupled with live album/dvd) and in all honesty, it’s a bit of a belter given half a chance.

Subtly starting with what sounds like music box being wound up, Klogr launch into ‘Sleeping Through The Seasons’ and immediately it’s apparent the band aren’t messing about and get straight to the point (“Tell Me What You Want” sings vocalist Rusty). Quickly followed by lead single ‘Prison Of Light’ (a great example of lead guitarist PQ, check out the solo) and ‘Technology’ (an album highlight), it’s clear that Klogr progress through ‘Keystone’ with determination, passion, and obvious musical talent.

What’s also obvious (for me) is that Klogr has taken chances with this album. The songs may not be as obviously hook laden as before BUT instead they’ve been bolstered with a real richness and textured landscape. Working with the calibre of three time Grammy award winning producer David Bottrill (Tool, Rush, Dream Theater, Stone Sour etc… and yes, their influences can be heard subtely scattered across the tracks) has helped focused Klogr’s writing. Whilst not as immediate as previous releases, given a few listens the new songs feel like they been crafted and composed in a real, honest, and professional way.

Highlights include ‘The Echoes Of Sin’, ‘Something’s In The Air’ and ‘Technocracy’… but don’t let the “iTunes/Spotify cherry picking” culture stop you… this is an album that needs to be listened to in full, back to front, on multiple occasions.

Released on 6th October: ‘Keystone’ is a slow burner, but given time it is rewarding. I can’t help but feel that the album is just short of having that killer instinct that makes good songs GREAT, but never the less this new album by Klogr is a step in the right direction. 7/10

Klogr are special guests to The Rasmus on their ‘Dark Matters’ European tour this November: