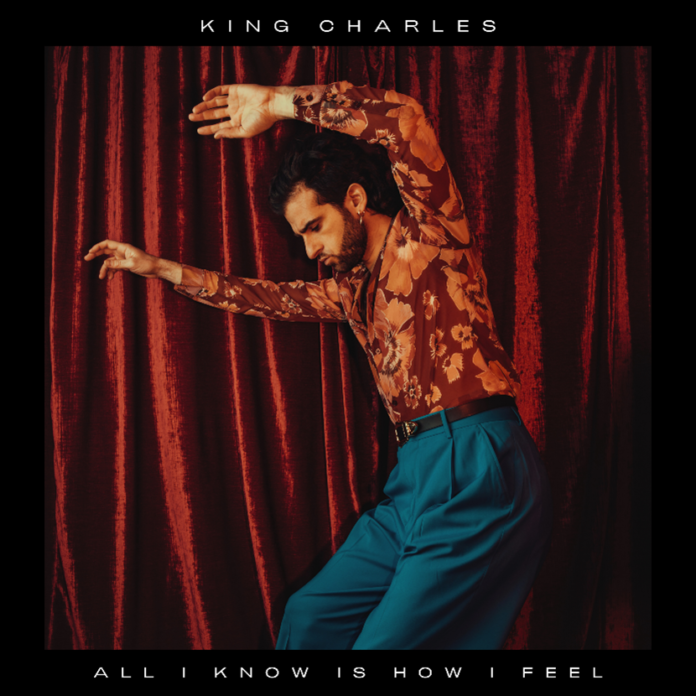 Let’s save time and all agree this opening statement is correct. Lou Reed was a nuisance and responsible (partially) for the worst record ever recorded (“Lulu” with Metallica – I’ll accept no debate on either point).

He did though, teach us one thing. That if you wrapped it up in a happy tune no one took notice. How else do you explain “Perfect Day” a song, lest we forget about heroin finding its way as being a charity single?

It’s a point that King Charles has understood. The opening line, on “All I Know Is How I Feel”, from the track “12345” is this: “slowly sinking in and out of life, and I was always drifting in my mind”, but its soulful and warm, and it kind of drifts by you. It’s KC’s stock in trade, as it happens. From his early overtly folk stuff, he’s done something of an about face over the years, and 2020’s “Out Of My Mind” was a wild, sprawling – but interesting – piece of work.

This four tracker is a kind of halfway house between singer/songwriter and something a little different. There’s the anthemic touches on the opener, then there’s the fact that “Oh Mama” is incredibly catchy, and as funky as you like. Yet it is somehow rooted in the folk. He’ll never lose that thread you suspect. But there’s something of the summer days, a little like Ferris And Sylvester about it, too. The solo alone is enough to take you away from February, even if the words talk about hearts filled with pain. He’s a juxtaposition, no doubt.

The title track is pure pop rhythms, wrapped around something darker. Yet, when he sings “when you’re dreaming of another life, this one will pass you by” you do wonder if he’s reminding himself as much as anything else.

There’s an 80’s feel to “How I Long”. Done on a widescreen, this is ambitious, but you keep coming back to it. That feeling that you’re being seduced by the airy sound. “I just want to die tonight” shouldn’t sound as happy as this. It really shouldn’t.

The last time I reviewed King Charles, I ended it with the words: “Interesting, on so many levels” and I feel I am but a hair’s breadth away from doing it again. At the risk of repeating myself, it does seem King Charles is an artist who is finding his own path with each passing record.