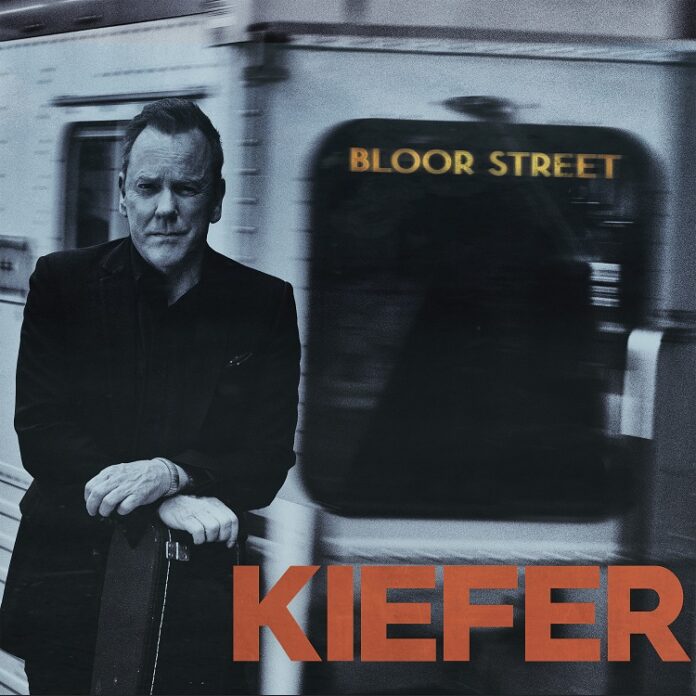 Sometimes it’s the little things that make you think. A couple of years or so ago a friend of mine went mad at me for saying I was “impressed” by something she’d done. Upon enquiring what was wrong with that, she replied something along the lines of “well, if you’re impressed, you obviously thought I couldn’t do it in the first place….”

She had a point.

So it’s with massive confidence therefore that I say this: I was impressed by Kiefer Sutherland’s 2019 “Reckless And Me”.

Lost Boys made me scared (and I had to admit to MV’s Donnie when we were about 14 that he was going to have to turn it off when we watched it at his mum and dads– this is genuinely true) but 24? All over it mate. No hassle. Records though, that’s a different game – and he nailed it.

Well, now Kiefer is back and (shudder) he’s back with a pandemic record. Fear not though, this is not one of those that has got the words “cash in” written all over it. In the words of the fella himself: “Writing and recording this album was a unique experience given the pandemic and subsequent restrictions that followed. I found myself, like so many, with a block of time that I had never been afforded before, which allowed me to not only reflect upon my life but also to write about it.” And whilst there’s the obvious caveat that he acts for a living those words ring true.

The title track is a lovely relaxed thing that seems to have Toronto at its heart – least it does if Google hasn’t let me down. In many ways it doesn’t actually matter as this is a well-worn theme. Think of just about any Country album that wants to tell you about where they grew up. This, though is both universal and done from the heart. Thus the tone is set.

It’s pretty much impossible to dislike too. Tom Petty’s genteel delivery is all over “Going Down” and if its not going to get any awards for originality then that’s not the point.

Springsteen is hard not to invoke at various points. “Two Stepping In Time” is perhaps the most obvious comparison, and it could have come straight off “Tunnel Of Love”, “So Full Of Love” with its chunky, US Radio feel (think “74/75” by the Connells) is better – and catchier – than its title suggests, while the best one follows.

“County Jail Gate” is built around a haunting piano line and is loaded with pathos. Perhaps semi-autobiographical, after all, Sutherland spent time inside, its indicative, perhaps of the skill in this album.

It – as you’d expect – sounds incredible and the musicianship is from the top draw, meaning “Goodbye” for example is bluesy and funky, and a lot of fun (and he’s fooling no one when he says he’s not going back to her).

By and large it sticks with the blue collar, working class themes, “Lean Into Me” for example, but “Chasing The Rain” is, it seems the key to all of this. “When the bright lights fade I still wanna play” he sings about life on the road. This is what he wanted and why he does it, and that’s exactly why too, this album is instantly likeable.

“Nothing Left To Say” deals with a relationship break up in a rather more philosophical way than you’d imagine, and the southern rock stylings of “Set Me Free” are a highlight, the sort of thing you’d imagine Bon Jovi would like to do in 2022 if they weren’t too scared,  and is if to amplify that the Celtic flavoured – check the fiddle – “Down The Line”, is what happens when you let yourself go. And Eleanor Masterson of The Mastersons is stunning on the duet.

It’s tough, I guess for the person of genuine renown in another field that loves music.  Christ, the last thing you want to do is end up like Steffan Dennis. So as crossovers go this is more Fozzy than soap opera star, if you get the drift. “Bloor Street” is a very impressive (in the conventional sense of the word, or the one that my friend adopts – you take your pick) slice of music.

Previous article
ARTIST OF THE DAY: FERALMAN
Next article
STAND UP IN THE GALES