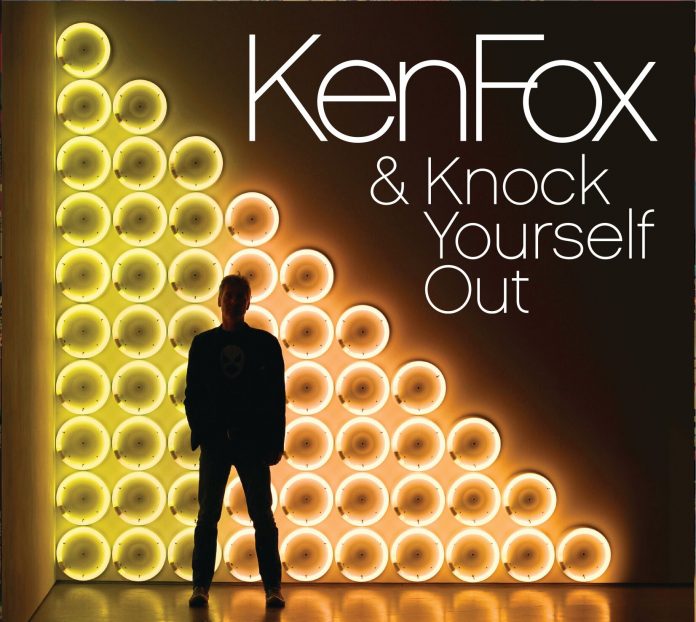 When he’s not knocking himself out like he is here, he is in Garage Rock legends The Fleshtones, which is cool and all, but he is also a Scorcher. When Jason went Scorching past, then Ken was there for a bit (which is a convoluted way of saying he was in Jason and the Scorchers for a bit).

And on “Ken Fox And Knock Yourself Out” there’s enough to get fans of the above bands excited.

“One Less Step” does power pop just about perfectly. It’s all in the handclaps, you see. You could sing anything and put handclaps on it and have it sound like the most glorious thing there is. Plus the low-slung guitar is proper punk rock.

The sheer glee of “Lets Go” is the work of a man that really wants to find some trouble. Any trouble. Anywhere. “If you do it to me I can do it to you,” he points out, before offering “lets get high, lets get buzzed, lets go crazy on Angel Dust” – I assume he doesn’t mean the Faith No More record here.

“Do It” lays his manifesto out over two and a half minutes, and his spoken word delivery here almost dares you to take him on. “Don’t write about it, man, if you aren’t gonna do it”. Now I am not going to make a rock n roll album, but only cos Ken Fox got there first.

“Love Is In The Grave” with its fiddle, is closest to the Scorchers work, and The Stray Cats will no doubt be looking enviously on, but the last one “Stranded (In The Heat) is a riotous horn filled thing that has the air of the Asbury Jukes after about 10 pints.

Now, it would be tempting to think that rock n roll is a young man’s game, but being old enough to know better also gives the wisdom to do whatever you like. Knock yourself out to this, then. Ken Fox insists on it.