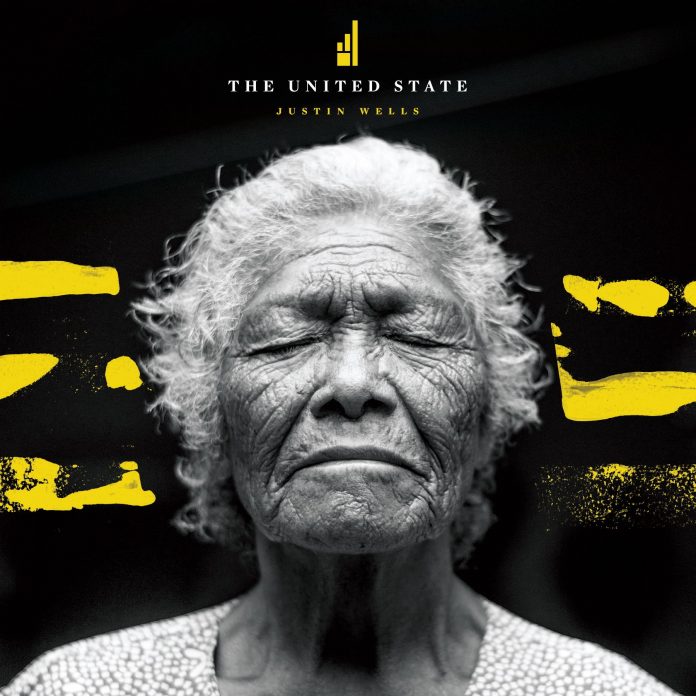 Justin William Wells is an American country music and roots rock singer-songwriter who moved with his family to Kentucky as a youngster. He released four albums as singer / songwriter and rhythm guitarist for former Lexington, Kentucky alternative country / southern rock band Fifth on the Floor. After their demise Justin released a solo album, 2016’s Dawn in the Distance, and now follows this up with “The United States.” This record isn`t a concept album on the face of it but there is a theme that runs throughout, as Justin relates “This record starts in the womb, and it ends after death, each song is the soundtrack to a different phase of our shared human experience.”  “It explores our innate humanity and everything that comes with it: the joy, the sorrow, the ecstasy, the pain, the hope, the fear. What it meant to be human, to be caring, to love yourself and your fellow man, flaws and all”.

The opening track `You’ll Never Know, Dear, How Much I Love You` runs at just under a minute long and consists of a pedal steel guitar instrumental that the songwriter feels radiates all the warmth and safety of the womb. A touching reflection on the wonder and the terror that accompanies our entrance into this world follows with `The Screaming Song` with Justin`s mellifluous vocal, it`s almost introspective and the repetition of the chorus of “It won’t be the last time I am on my own”  is a thought that we may all consider at times about our fragile existence.

`No Time For A Broken Heart` seems to almost ruminate on the follies of youth and how you`d like to say it gets better but it probably doesn`t so just enjoy it. The musical accompaniment is quite light almost frivolous with some sweet organ tinges, guitar licks and subtle vocal harmonies. We get a more melancholic and reflective offering with `Some Distance From It All` which seems to cover the enteral teenage pursuit of freedom and identity, an interesting quite stripped back piece with guitar, piano and mellow vocals.

There`s a thumping beat and slightly unnerving guitar twinges throughout `Never Better` a tale of learning the difference between lust and love the hard way. The song showcases the vocal dexterity that Mr Wells possesses as disappointment, and irritation is almost palpable in his delivery. There`s a much more mournful feel to `After the Fall` which relates the passage of finding adolescence giving way to adulthood. Almost a grieving for what`s been lost.

`It’ll All Work Out` is quite a bluesy number evidently about revelling in the power of grown-up love. There`s a joyous guitar break and riffs throughout and some infectious organ that sit easy with the quite laconic vocal style. There`s a more light-hearted approach to `Temporary Blue` which reflects on the growth and responsibility that comes with raising a family of your own, The song is boosted by some harmonious background vocals and a guitar break halfway through. Another track that covers the same sentiment is `Walls Fall Down` a driving optimistic piece.

The last two songs of substance `Ruby` and `The Bridge` are about approaching death with a calm acceptance, passing peacefully from this life to the next. The former has a real hypnotic sense about it with some repetitive percussion and some mesmeric guitar tinges. The latter is more dreamy, tranquil, quite calming but retains some pleasant organ and guitar touches.

The album closes out with `Farewell, Mr. Hooper` a brief vocal hymn like eulogy.

This was, for me, an interesting and enjoyable introduction to a singer songwriter who hadn`t really crossed my path but has a back catalogue that I’ll be delving into. The subject matter is something that we all tend to shy away from but something that we`ll all have to face eventually. Justin has a honeyed, varied, and rich voice and with the talented musicians he surrounded himself with here, has a made what i`m sure for him was a liberating and cathartic album.

Previous article
BORN TO BE RUFF
Next article
BAND OF THE DAY: SHANGHAI BLUES