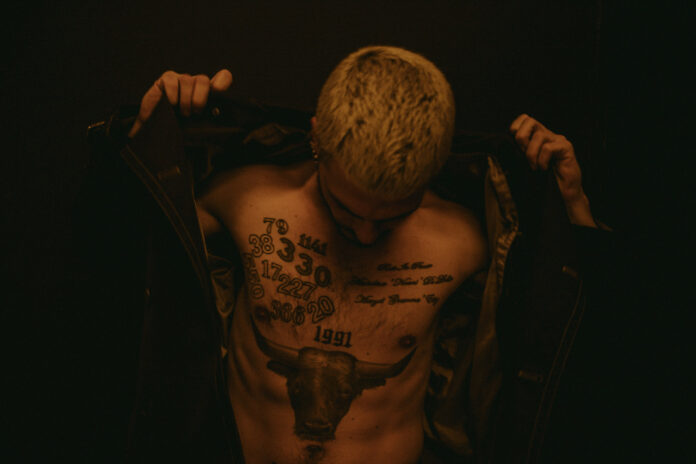 Julian Thomas grew up in Etobicoke, a suburb of Toronto and creates what he calls “conversational music” — hazy, textured, cinematic landscapes on which he stretches his rhymes; vividly. He has a five track extended play called `Drifting Man` which is released this month.

This release opens with `Mr Perfect` with an underlying guitar riff and a rolling drumbeat that allows the singer to relay his message which is a combination of clean vocals and an accompaniment that sounds like it`s channelled through a vocoder or similar medium. It`s a quite captivating listen that was written pre-pandemic which the singer has shared was written “ while I was learning about love, roles, boundaries, and what I have to offer. Ultimately, I’m talking about what I bring to the table in this song and acknowledging that I’m not perfect”. There`s a kind of  hypnotic drum pulse throughout `Permission` with an inherent synth melody quietly shared which lays a platform for the singer to share his almost pleading vocal delivery, with additional backing vocals interspersed throughout and some guitar chords added towards the end.

`Run` is nearly a  spoken word offering which sways from a quietly shared reflection to a more belligerent rapped chorus and back again before ending quite abruptly. We have a kind of stream of consciousness shared in `Nightmares` which became quite balladlike but I felt that the profanity shared was unnecessary but maybe it`s a reflection of the singers life`s frustrations and surviving them.

`Used to The Pain` closes out this release and it`s a dreamy mid-tempo piece to end on.

I have to admit that i`ve only recently started listening to this kind of experimental rap, alternative hip hop  diverse, rock-infused sound having witnessed the likes of Lil Lotus and Smrtdeath and Julian Thomas certainly holds his own with those artists.

This was an interesting taster for me and I look forward to hearing how this singer-songwriter develops.