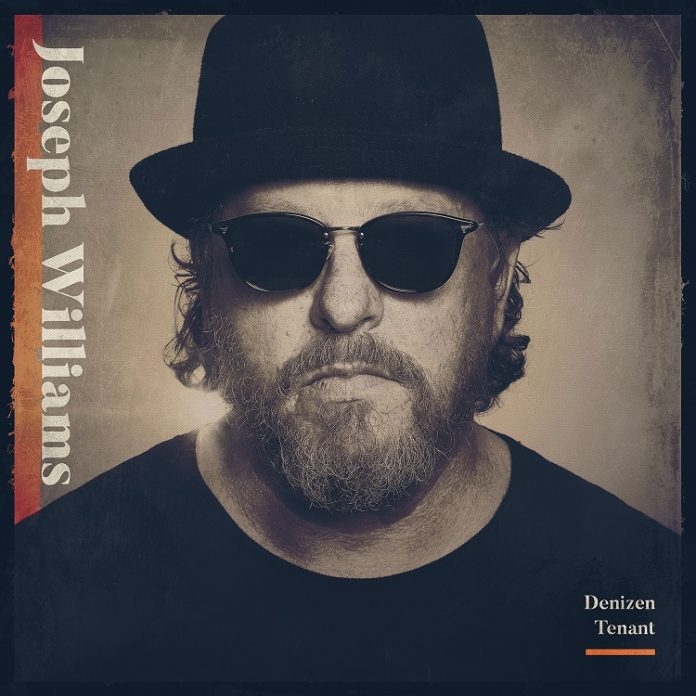 Joseph Williams is an American singer, songwriter, and film score composer, best known for his work in the rock band Toto, which he fronted as lead vocalist from 1986 to 1988, 2010 to 2019 and again from 2020 onwards. Although Joseph`s solo albums are now in double figures, his latest album “Denizen Tourist” is quite an eclectic collection of songs, As a rock icon, Williams has gathered together a who’s who of players that have been in the artist’s life over the past four decades. Amongst these contributors are bandmates from Toto David Paich and Steve Lukather. Simon Phillips, Leland Sklar, Lenny Castro, Nathan East, all of whom enjoyed tenures in Toto are also featured players on the album. Additional contributions include performances by Oscar Bugarin, Jay Gruska, Mike Landau, Barbara Gruska, Steve Overton, Dylan Ronan, Hannah Ruick, Steve Tavaloni, Weston Wilson, Ray Williams, and Mark T. Williams.

`Never Saw You Coming` which the singer has said most reflects “his sound” opens the album and starts with an almost late Pink Floyd feel. It`s a delightfully laid-back soulful piece that could have been included in a Peter Gabriel set when he started immersing himself in World Music.  A slow burn that gives you the feeling of being protected but still retaining a slight edge. The guitar solo is sublime and the vocals glorious. I felt there was a more anthemic pop rock power ballad texture to `Liberty Man` think of the `Glory of Love` by Chicago`s Pete Cetera but with bite. The subtlety of the musical accompaniment allows the vocals to thrive.

Title track `Denizen Tenant` is said to have been about the sort of person who comes to your party / house and won`t leave, something the singer was guilty of in his youthful days. It`s a mix match of soulful soundscapes, a sort of dance rock piece that reminded me of Yes around their 90125 phase. There`s some marvellous synth/keyboard swathes, electric violin, electronic percussion, and superb backing harmonies on the quite hypnotic `Wilma Fingadoux`. A number that was written for Williams`s late mother with the title a sort of joke he shared with her. A marvellous tribute.

`Black Dahlia` has long time cohort David Paich adding his talents. A track that seemed to tip a hat to Steely Dan. Seemingly written tongue in cheek. about an ex-girlfriend Pamela who has been immortalised by the artist before. I have to say cover songs are always a difficult area to attempt and a song like `Don’t Give Up` that had Peter Gabriel and Kate Bush sharing vocal duties on the original could deter a lot of people. But Williams and his daughter Hannah Ruick pass it off admirably as they share their own take on the song and not try to copy it, which works so well. This lady certainly has inherited her father`s vocal gift.

`The Dream` relates back to the dreams and hopes we have as children and how maybe they didn`t quite turn out as we had hoped. A mid paced sort of pop rock workout with a slightly funky touch. Another of the singer`s long-time friends and Toto bandmate Steve Lukather adds his magic to `Remember Her`. It`s penned about Cecilia Helena Payne, a British-born American astronomer who discovered that stars are made mainly of hydrogen and helium and established that stars could be classified according to their temperatures. A scientific pioneer. An utterly heart-warming accolade shared with some classy musicianship.

`No Lessons` is a stripped back ballad with piano, vocals and some occasional brass tones that seems to expand as it progresses. Maybe it was because there was so much going on with `Mistress Winter’s Jump` I was put in mind of singer-songwriter and pianist Bruce Hornsby and the sort of intense songs he created. There are some superb piano key passages throughout.

Steve Lukather and Joseph Williams share a love of the Beatles so it`s no surprise that the two get together on a cover of the sentimental love ballad `If I Fell`. It`s a pretty faithful version but with a lot more flesh on the bones and a slight bossa nova groove. The album closes with `World Broken` a commentary on the current state we are in but also on how the singer has grown and changed for the better in the last decade. A quite dreamy and mesmerising offering with a hopeful sentiment.

I have to be honest and confess that I’d never heard of Joseph Williams and was unaware that he was the singer in Toto. It`s not that I dislike the band, I know the hits but they`ve never been on my radar. But this guy has such a varied, deep, and rich vocal range that you can`t fail to relish what he shares. He has surrounded himself with the cream of the crop of musicians who permit his voice to ascend and radiate. I assure you there is something for everybody on “Denizen Tourist” just take time to visit, it`ll be a vacation to remember.