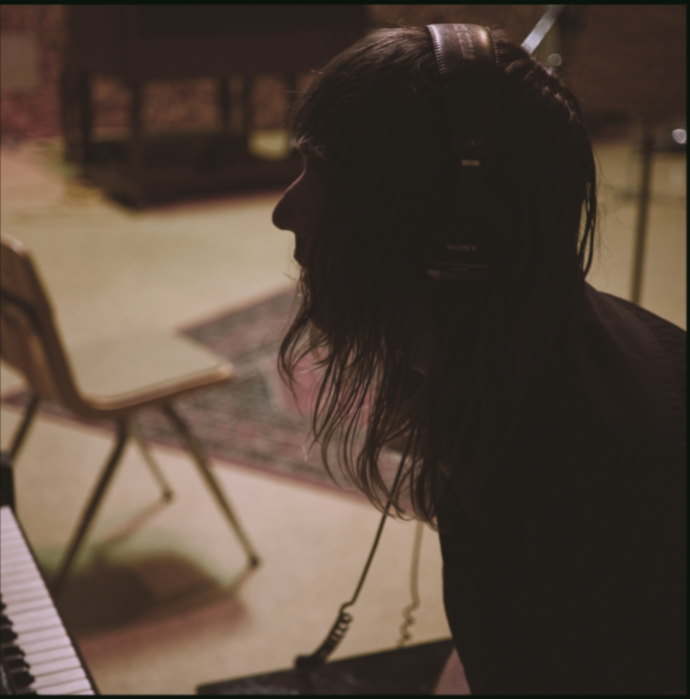 Sometimes, the beauty is in the simplicity. You can put on “Jordan Jones” – the album – and within 20 seconds, you’ll either love Jordan Jones – the singer or not.

Not because this is some one trick pony of a record, either. No, on the contrary, there are plenty of twists and turns in a pretty glorious 28 minutes.

But you’ll know if you love it, because you’ll either get it, or not. This is steeped in a classic power pop sound. Unashamedly catchy, pretty naive and very, very sweet, both in terms of its lyrics and the way it is delivered.

“Wrote You A Song for Me” (the aforementioned opening tune) has a beguiling lead guitar line and an absolutely irresistible melody, and lyrics that – like all the best pop songs – have something relatable. “I’ve been wanting you off my mind, with every letter and every line” he sings here, like some US take on Marc Bolan, “but since you’ll never be mine, what a waste of time.” But the point here is he sounds happy about it, content even.

That continues on “Understood”. Faster, more furious maybe. A little bit like MV fave Geoff Palmer, but the thought that Jones isn’t quite coming at this from the angle of anyone else, is all over his observation that “even strippers wear engagement rings.”

“My Somebody” has acoustic tinges to its sugary, Silver Sun-ish delivery. It starts with him seeing someone in a bar that he concocts a love affair with, and ends with a chorus that makes a point of saying “I want to sleep with somebody” which he makes seem like although he would quite like to, its not a deal breaker.

That’s what I mean about the innocence here. Like if Poison demanded that girls talked dirty to them, Jones’d be happy if they talked to him at all. The wonderful organ drenched “No Make-Up” says “I don’t want to be a bad guy” and that’s sort of the point.

“Rumours Girls” has a bit of a Cheap Trick type chug (but then shouldn’t all power pop?) but is written from the perspective of a bloke who knows he’s not good enough for the hip. But he’s not sad about it. It is refreshing to have that perspective.

“Waiting” is more of a troubadour thing, but it combines that with a real interesting guitar line, “How To Be” could really have the word “timeless” attached to it. Not that it sounds dated, more that it just could have come out at any point since about 1950 and sound just right.

“Be My Baby” sort of updates the sound of The La’s “There She Goes”, while the truly lovely – and that’s not a word you often use in reviews but an apt one here – “Do You Wanna Hang Out” is this album in microcosm. It is just pleasant on the surface, then you realise you have it swirling around your head.

The marching beat of “Oh My Heavenz” sounds like its some outtake from “The River”, and it doesn’t have a care in the world. And the vocals are just as gentle as Elliot Smith way back in the day.

Every now and then, a new artist comes along that has a debut so accomplished you wonder just where on earth they’ve been hiding. Jordan Jones is that man. This is brilliant. Simple as that.