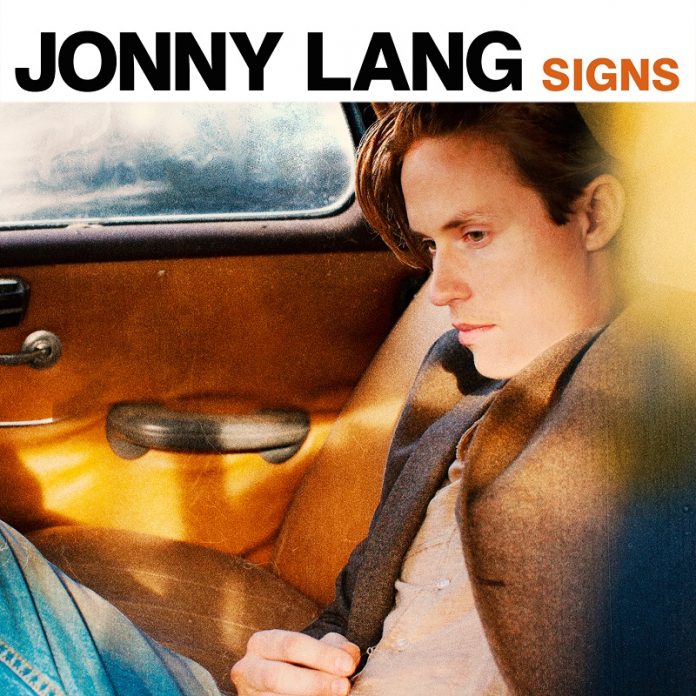 Jonny returns to his roots

In his 20 years as a recording artist – and by the way he is only 36, what is it about these Blues guys? – Jonny Lang has packed plenty in.

But if his journey – early success, demons battled with, conversion to religion – has been perhaps grimly typical of many of his contemporaries, his music has not. Recent records have charted on the Christian circuit and have been more akin to the soul of Stevie Wonder than the blues of Howlin’ Wolf.

For those that discovered him through the latter, it will no doubt come as a welcome surprise that on “Signs” Lang is right back to his roots. Indeed, it is arguable that he has never sounded quite as primal as he does on the opening couple of cuts here.

“Make It Move” is – literally – a stomp of a thing: “the greatest lie I told myself,” goes a line just before it’s chorus, “was that it could not be done.” And right there, he has summed up the gritted teeth stoicism that infuses every song here.

It is no mistake that this is followed by the outright urgency of “Snakes”. The tale of a young man who succumbs to temptation – it is probably autobiographical. It is brilliantly done either way, and when Lang breaks out the lead guitar, you can almost hear him saying: “I’m back, baby.”

That is not to say that this is some blues rehash with nothing else to bring. Jonny Lang has never been that and he’s not here. “Last Man Standing” is a heads down rocker that Glenn Hughes might be proud to call his own.

But for the most part, there is just something gleeful about “Signs”. It’s title track might be about the world going to hell in a handbasket, but the slide guitar work tells you that things can’t be that bad, and “What You’re Made Of” is the first of a couple that show that he hasn’t forgotten the soul totally. The falsetto vocals come from nowhere and channel some spirit of Prince.

As the record enters its second half it does so with no dip in quality. “The Bitter End” broods in a quite unsettling manner and when it bursts out into its chorus it does so in way that suggests it won’t be denied by anyone.

“Stronger Together” is a simple love song, but one that is shot through with a sunshine and there’s a dark, fuzzy bassline to drive “Into The Light”. “Bring Me Back Home” is the counterbalance to this and is built around keyboards and casts him as a jazz singer at the corner of some bar somewhere at 2am in the morning.

It is interesting though, that as the record comes to an end it does so by coming full circle, and “Wisdom” is. like the very first song, blues of the most early proto variety as if to emphasise that this is a very different Jonny Lang.

The last song is as different again. “Singing Songs” is a gorgeous strum of a man without a car in the world, you can almost feel the warmth, and the vocals recall Jeff Buckley. “We’ll go on singing songs” it says on the chorus. That’s no problem if they are all as good as this.