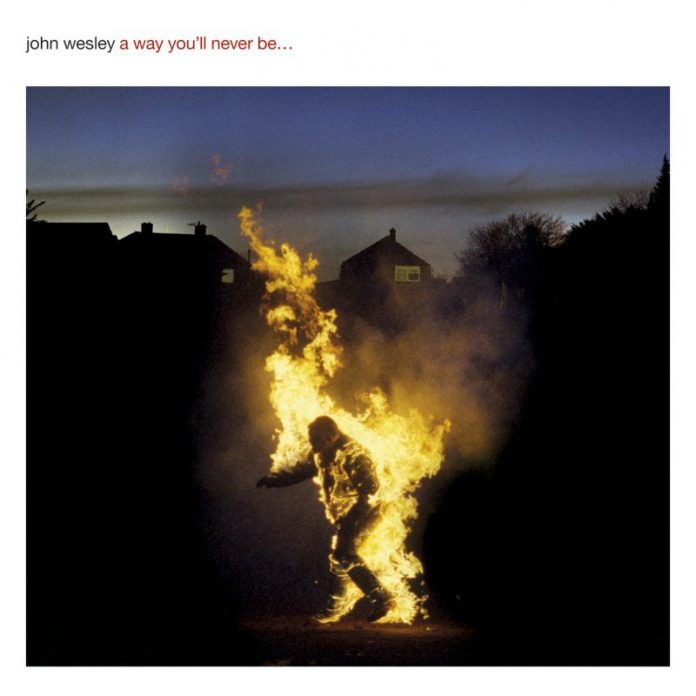 Album number eight is a triumph

The press pack for this record – Wesley’s eighth and perhaps best – is at great pains to explain that the title for all these songs and the album itself are purposely written in lower case. Fantastically it never explains why, but you can be sure whatever stylistic point that John Wesley was trying to make he was spot on.

Indeed, the letters are, the only thing that is remotely small about this record. Because, “a way you’ll never be” is massive on every single level. In ideas – it is the first one of Wesley’s records to really showcase his talents in a coherent way – but more importantly, we’d suggest,its enormous in sound.

In the build up to this, the man who has made his name playing for nine years in Porcupine Tree, co-writing with Fish and as lead guitarist in a recent incarnation of the wonderful BigElf has spoken of his desire to: “visit some of the guitar music of the 70’s that grabbed me and made me want to be a guitarist. Sonically I combined those 70’s big guitar tones with the modern sounds available to us as guitarists today.”

And one listen to “to outrun the light” with all its Pink Floyd-isms allied to stadium rock bluster, is enough to convince that he has achieved all that and considerably more

But then, that’s track three so by then “by the light of a sun” and the title track have trapped you in their web. The former is a veritable sonic wall of thumping rock n roll, and its line “take a drink and have a good laugh” seem to underline the sense of fun that permeates throughout. If this type of music can sometimes seem cold and a touch clinical, then that’s anything but the case here, as there is a tremendous feeling of warmth.

That’s not to say it’s without a dazzling technical wizardry to the playing. Wesley is too good a guitarist, and those he’s surrounded himself with here, are simply too skilful for anything else to be the case, but the songs here are king not the music. The breathless vocals on “the revolutionist” give it a real sense of urgency, while “nada” is more ballad-like, with fine mournful guitar dynamics, a feeling that “the silence in coffee” continues, with its stark, stripped back quality.

This wonderfully evocative collection isn’t over-long either – its 10 songs clock in at under an hour – as if it’s resisting the temptation that was no doubt there to pack as much in as possible, but when you can say as much without words as he manages on the instrumental “unsafe space” then you don’t need twenty minutes anyway.

A record with no weak spot whatsoever, the interesting rhythms of “sun.a.rose” are at odds with the gentle vocals and “epic” which is actually one of the shortest efforts here, restrains itself perfectly, butwhile surely finishing the record with a song called “Pointless Endeavours” is a joke at our expense, because honestly, “a way you’ll never be” is anything but.

Calling it Prog Rock doesn’t do it justice, but it’s not quite prog metal either. Instead, let’s just say that John Wesley has created – as he said he wanted to – a wonderful slice of modern classic rock.

And you can write that in capital letters, frankly.